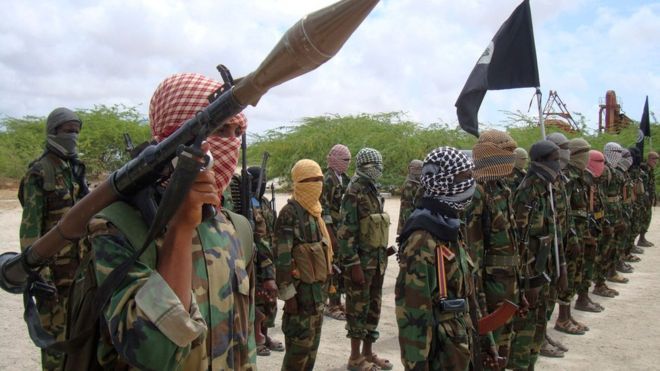 A Pentagon spokesman named the main target as Hassan Ali Dhoore, accused of organising recent bomb attacks in which US personnel were killed.

US officials say they are still assessing the results of the strike near Jilib, which is close to the border with Kenya.  Al-Shabab, an al-Qaeda affiliate, is waging an armed insurgency in Somalia.

The Pentagon said the US had been watching Dhoore, a member of the militant group’s security and intelligence wing who was involved in planning attacks in Mogadishu, for some time.

He had overseen attacks on Mogadishu airport and a hotel as well as a targeted assassination that killed at least three US citizens, one a Somali MP with dual citizenship, spokesman Peter Cook said.

“Removing Dhoore from the battlefield would be a significant blow to al-Shabab’s operational planning and ability to conduct attacks,” said Mr Cook.

The militant group has also carried out attacks in neighbouring Kenya and Uganda, which both contribute troops to an African Union force in Somalia.