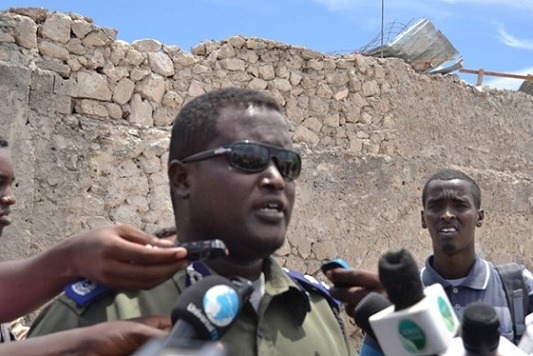 Mogadishu (HAN) 15 March, 2014 – A sucide car bomb went off in central Mogadishu near a hotel of Macca Al-Mukarama, a popular Hotel with government officials and businessmen, The police spokesman Gen. Madaale said. the explosion was heard today in most areas consists of Mogadishu.

“There was a car bomb explosion near the rear gate of the Maka Al Mukarama hotel. It seems that the car was parked there loaded with explosives but we are still investigating casualties”, Mohamed Mire, a police officer told AFP.

Witnesses told AFP of casualties being carried from the scene of the blast, but it was not clear if they were injured or dead.

Police confirmed at least one person was injured in the blast, which appeared to target hotel, which is popular with government officials and Diaspora businessmen who have returned home after years abroad.

The area around the hotel has been targeted several times in the recent past and the hotel itself was hit by a car bombing in November 2013 that left several people dead, includin a senior Somali Diplomat; according to HAN & Geeska Afrika Online Security Correspondent in Mogadishu.

We targeted last night’s attack the Banadir chief of NSI Mohamed Aden Kofi “He said that the target managed to escape but they killed his body guard as well as many soldiers ,

Sheilkh Musab speaking to the Shabab’s Radio station “Al-Andulus Radio ” in Barawe announced their attacks will increase and target government workers, crowds, hotels , restaurants and so on.