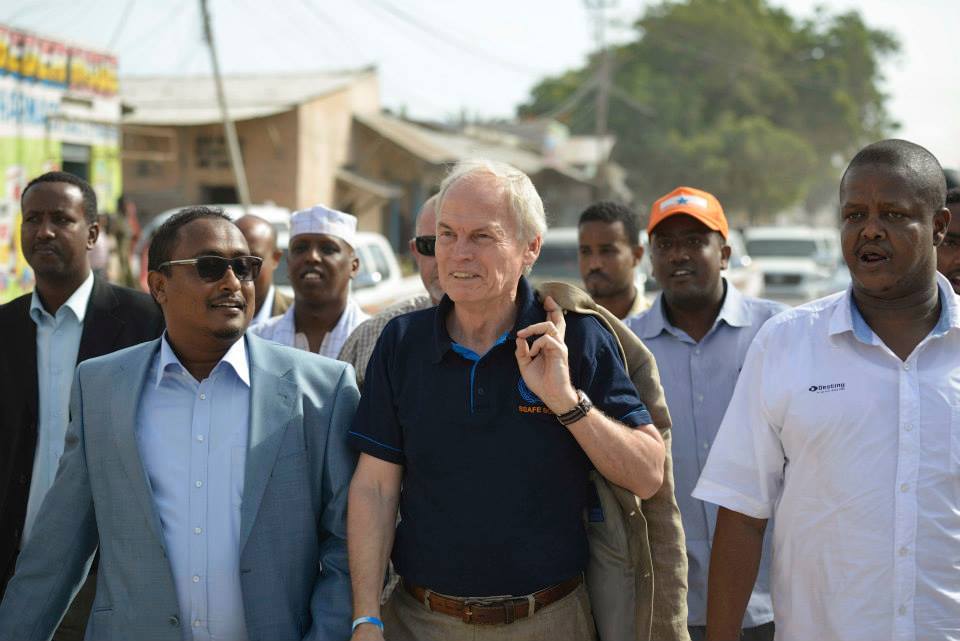 Mogadishu (HAN) June 26, 2014 – IGAD Security issues. The Prime Minister of the Federal Government of Somalia His Excellency Abdiweli Sheikh Ahmed chaired an extraordinary session of the Somali Cabinet tonight that led to a unanimous approval of yesterday’s agreement reached by the opposing sides in South West Somalia.

But, the Somali Interior Minister, in Djibouti through VOA Somali radio, call it “the regional signed deal between the sides in Baidoa is unconstitutional”

According to the sources close to IGAD: the special representative of IGAD to Somalia Mohamed Abdi Afey announced that any Somali cabinet or official within the federal Somali Government who disagrees with the three states deal will be considered as Al-shabab sympathizer in Somalia and the region.

Abdulahi Godah Barre speaking to VOA Somali service rejected the interim agreement between the parallel administrations in Mogadishu on Monday.

The interior minister said that interior ministry are not aware of the regional agreement the sides signed in the presence of president Hassan Sheikh, PM Abdiweli, the speaker Mohamed Sheikh Osman Jawari, IGAD and AMISOM. The two sides agreed to create unified regional administration comprising of three regions Bay, Bakol and Lower Shabelle.

The interior minister also stated that the accord is unconstitutional and interior ministry made efforts to solve the dispute between the parallel administrations in Baidoa.
“The Federal Government of Somalia welcomes the agreement signed yesterday by the opposing sides in South West Somalia. We will continue to encourage and support the agreement. This government is ready to take part in the finalization and implementation of this agreement, which will be a lasting solution to the conflict. The people of the region are brothers and sisters and must come together to establish an inclusive interim administration,” said Prime Minister Ahmed.
The regional States agreement was accepted by the Representative of  UN special envoy to Somalia Nicholas Kay, IGAD, EU external Action and United states of America Ambassador.

The IGAD remarks of the minister comes a time when the special representative of IGAD to Somalia Mohamed Abdi Afey announced that anyone who disagrees with the deal will be considered as Al-shabab sympathizer.

The presdient, and the other senior cabinet have not yet commented on Interior Minister’s remarks.

“The Cabinet’s extraordinary session was on the agreement reached by the opposing administrations in South West Somalia. This agreement is part of the government’s vision to encourage reconciliation among the Somali people. The government will be a big part of the implementation of this agreement and the completion of anything that is missing. The Council of Ministers also said that the government is ready to engage the people who are not happy with yesterday’s agreement. The government will continue to work towards fostering understanding among the people of Somalia,” said the Minister, who also said that this agreement will open the way for improving security and strengthening the security operations against the insurgent group al-Shabaab.

The Somalia Federal Government under the leadership of Prime Minister Abdiweli Sheikh Ahmed, played a significant role in brokering yesterday’s agreement between the opposing sides in South West Somalia. The terms of the agreement included establishing an interim regional administration and appointing an inclusive committee to facilitate the formation of the regional administration.