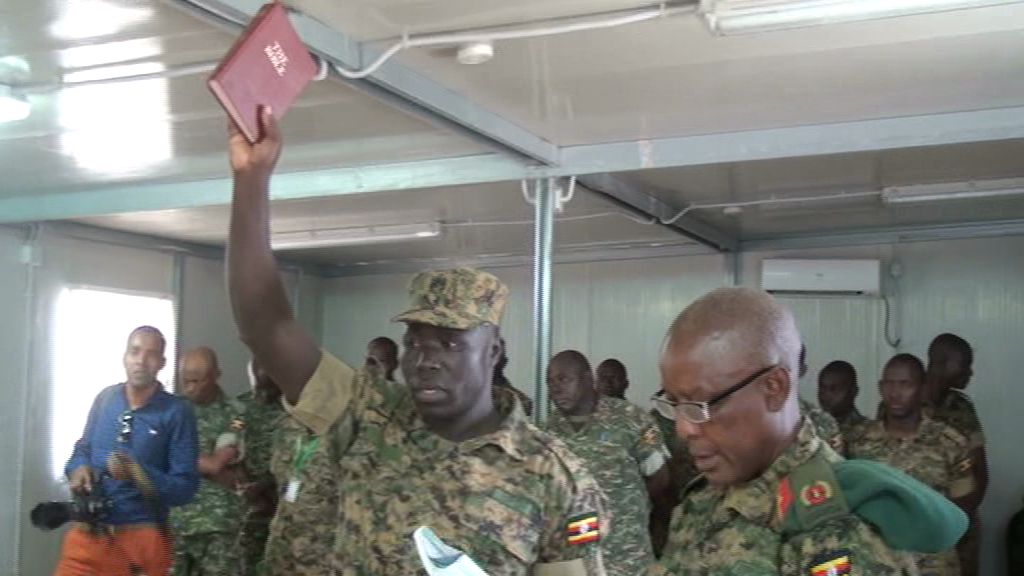 MOGADISHU (HAN) August 2.2016. Public Diplomacy & Regional Security News. An African Union peacekeeper in Somalia has been sentenced to a year in prison and demoted in rank for selling military supplies and fuel in the black market in Mogadishu.

The sentence is notable as the first time a soldier with the AU mission, AMISOM, has been publicly prosecuted in Somalia, and a rare example of soldier being punished for selling guns and ammunition, a common practice among both AMISOM and Somali National Army soldiers.
The Ugandan soldier, Major Pop Francis Origi, was one of 18 AU soldiers put on trial Tuesday by an AMISOM military court for various offenses. Journalists were invited to witness the trials.

Along with his sentence, Origi was demoted in rank to captain.

The judge adjourned the trials for the other 17 soldiers to a later date.

In June, Somali security officers arrested five AMISOM soldiers from Uganda, which has the largest number of troops in the 22,000-strong mission, and ten civilians for selling military supplies and fuel in the black market in Mogadishu. They were found in a garage in Mogadishu with improvised detonators, fuel, sandbags and empty ammunition boxes.

The police said they caught the men as they were trying to sell the equipment to civilians.

For years, soldiers with AMISOM and the Somali National Army have made extra money by selling military supplies to Mogadishu arms dealers or even their opponents in Islamist militant group al-Shabab.