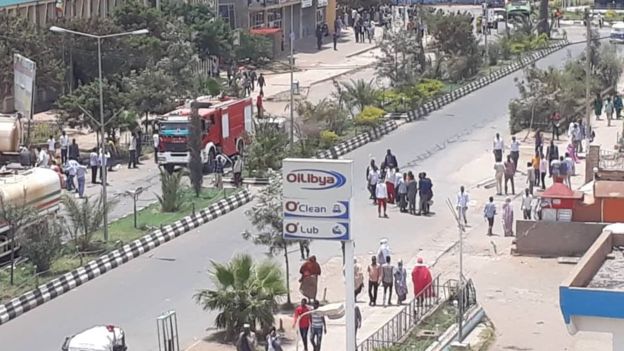 A four day curfew has been lifted in Jigjiga, the capital of the Somali regional state in eastern Ethiopia.

The curfew was imposed last Thursday banning public gatherings in the regional capital. The curfew also came on the day a high court in Addis Ababa brought formal charges against the former president of the Somali regional state and 46 other regional officials accusing them of planning and financing deadly violence in the region.

From June to August 2018, violence in the regional capital jigjiga resulted in the death of 59 people and injuries to 266. Thousands were also displaced in Jigjiga.

Properties worth $14.8M that belonged to the Ethiopian Orthodox Church, business centers, private residences had either been looted or set on fire, according to the charge.

Abdi Illey and six other former officials of the region were arrested in August 2018 and are being tried in connection with numerous human rights abuses in the region.

Peace and security head with the Somali regional government, Abdi Adil told ESAT that peace and normalcy have been restored in Jigjiga.

Meanwhile, Adil said the Ogaden National Liberation Front (ONLF) would lay down arms in an official ceremony in Jigjiga on Wednesday.

Leaders of the ONLF and its combatants returned to Ethiopia from their base in Eritrea in November following a peace agreement reached with the Ethiopian government in Asmara in October.

Since its establishment in 1984, the ONLF has been fighting for the self-determination and autonomy of Smalis in the Ogaden region. It had claimed responsibility for several attacks against government targets.

The group has now vowed to pursue its struggle through peaceful means and expressed support for the political reform measures taken by the government of Abiy Ahmed.