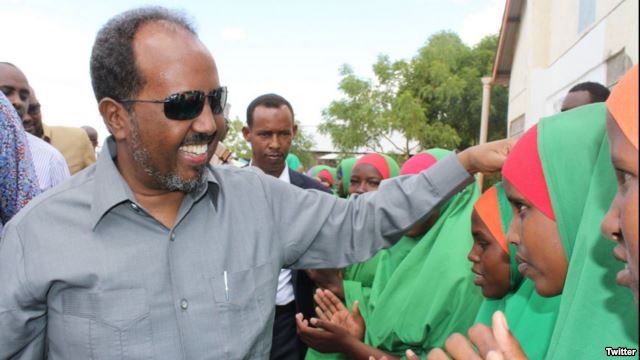 President Hassan Sheikh Mohamud spoke Monday, as he became the first-ever sitting Somali leader to visit the sprawling complex in eastern Kenya, the biggest refugee camp in the world.

Kenyan Interior Secretary Joseph Nkaissery, one of several Kenyan officials who welcomed Mohamud to Dadaab, affirmed his government’s decision to shut down the 25-year-old complex, despite pleas from U.N. refugee agency UNHCR and others to keep it open.

“Kenya is committed to close the camp,” Nkaissery said.  “It is a decision we have already reached and we will jointly collaborate with the Somali government and the UNHCR on your safe return.”

Mohamud said if the refugees must come home, he wants Somalia to be ready to accommodate them.

“Let me assure you that we (Kenya, Somalia and the UNHCR) have never discussed and agreed on your quick return to an uncertain future,” he told an audience that included camp leaders. 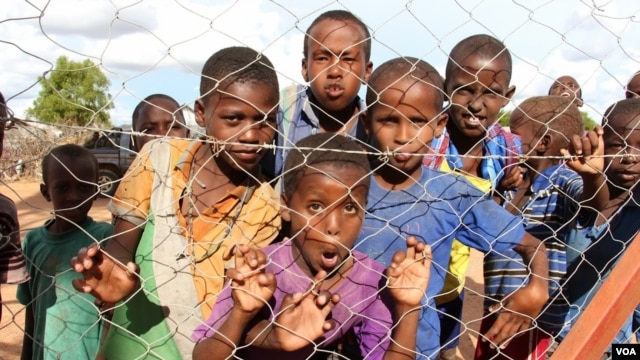 “We do not want you to go back forcibly without services such as shelters, education, health services in place.  We want you to get at least services similar to what you get here,” Mohamud said.

It is unclear who would pay for or provide those services if the Somali refugees return home.

‘You can make a difference’

President Mohamud said he was grateful for Kenya’s support in accommodating the refugees over such a long period, but that one day, the Somalis in the camp will all return home to help rebuild their country.

“We thank Kenya for hosting a large number of our people and we will never forget it, but keep in mind that your return to your country is a sign for a revival of Somalia’s peace.  You can make a difference in your country when you get back,” the president told an audience of refugees. 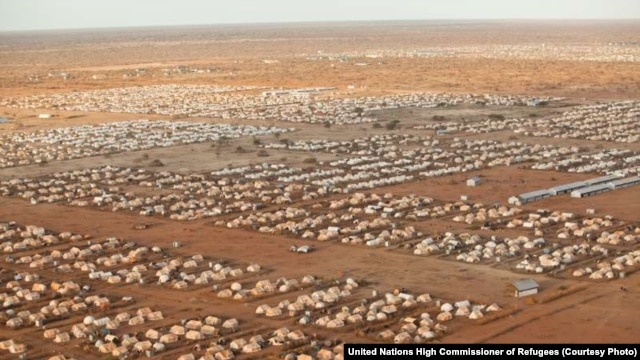 Kenya said in April that it plans to close down Dadaab, citing concerns that Somali militant group al-Shabab is using it as a launching pad for terrorist attacks in Kenya.

Starting in the early 1990s, the camp became a haven for hundreds of thousands of people fleeing civil war, lawlessness and recurrent droughts in Somalia.  At its peak in 2012, Dabaab housed nearly a half-million people.  Some Somalis have left the camp and voluntarily returned to their country.

Despite continued insecurity in Somalia, the Somali government said it will cooperate with the U.N. refugee agency and Kenyan government to ensure a smooth and voluntary repatriation of the camp residents.

Mohamud is the first sitting Somali president to visit the camp since it opened in 1991.  He led an official delegation from the Somali government and met the leaders of the Somali refugees.