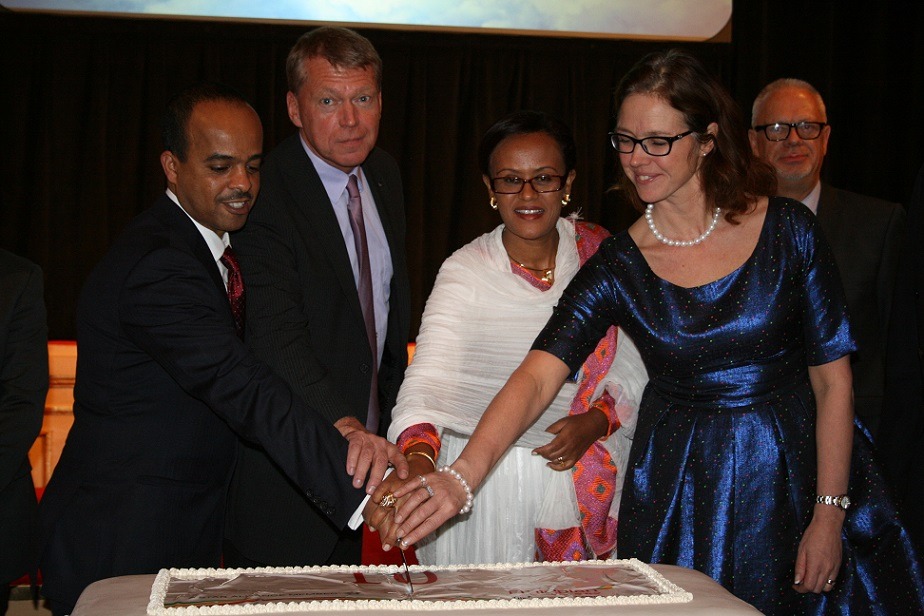 Addis Ababa (HAN) April 19, 2014 – The Extra Ordinary Ambassador and Plenipotentiary of the federal Democratic Republic of Ethiopia to Sweden, Her Excellence Woinshet Tadesse and other Nordic countries with Consul Hussein Ahmed Omer at the meeting. 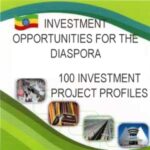 Ethiopians abroad can help reduce poverty in Ethiopia by investing back home development projects to alliviate hunger and droughts in Somali region, Afar Region, Oromia and the other Nation and nationalies of Ethiopia. 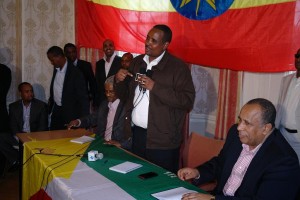 When Dr. Mohamad Abdullahi left Harar, Ethiopia as a young man to study electrical engineering at Oxford University, Dr.Abdullahi planned to return home (HARAR) upon graduation. Thirty two years later Dr.Abdullahi is still in Europe and now bridges two worlds as an African and European. Holding dual nationality, Dr.Abdullahi is a diaspora communty leader, a proffesional banker and an active figure in encouraging members of Ethiopia’s large diaspora to invest in their homeland.

“The money and ideas are in Europe. Ethiopian professionals like me, there are thousands of them,” Dr.Abdullahi says of the shared desire among his fellow expatriate countrymen to spur progress in their Ethiopian motherland. “If we could sit down and talk seriously about getting the diaspora involved then I believe that  Ethiopian Somali region, Harar and Oromia could become a  developed regions very  soon,” he added.

In Sweden, The Ethiopian-Somali community leaders, elders, businessmen, investors and professionals promise support and vowed to mobilize more resource to see the completion of the Ethiopian Grand renaissance Dam in a meeting organized by the Ethiopian-Somali Community in Sweden on 16 April 2014 at the Embassy of the federal Democratic Republic of Ethiopia, Stockholm.

In London, United Kingdom Members of the Ethiopian Somali Community in the UK have raised £183,850 (5.1million birr) in cash by buying Renaissance Dam bonds. Her Excellence Mrs Woinshet Tadesse, Ambassador Extra Ordinary and Plenipotentiary of the federal Democratic Republic of Ethiopia to Sweden and other Nordic countries with Consul Hussein Ahmed Omer addressed to the participants on various issues by emphasizing on issues of country’s Growth and Transformation Plan (GTP); Business and Investment opportunities; the current construction status of the dam and its benefits to the Ethiopians and other neighbouring countries as implemented; the role of the Ethiopian Diaspora on the implementation of this mega project; and importance of Ethiopian diaspora in terms of their engagement in investment, technology transfer and seeking markets for Ethiopian products in their residing countries.

Ambassador Woinshet points out the consular services provided to the applicants and improvements made by the embassy in the provision of services through increments of the embassy staff, expansion of visiting and telephone hours to enhance efficiency and effectiveness of the services and getting service both in mornings and afternoons of the working days. Mrs Woinshet explains the issue of the provision of the Ethiopian origin ID card and housing programs which are a part of the incentives that Ethiopian government intends to benefit for Ethiopians and Ethiopian in origin living abroad. During the session different questions were raised and given detailed answer to the participants.
On the occasion, members of the community appreciated and welcomed the useful information they received from the discussion and progress made by the Ethiopian government on rapid and equitable economic growth, expansion of infrastructure, social sector, and good governance. Participants of the meeting pledged to contribute the implementation of the Ethiopian grand Renaissance Dam either by buying bond or giving donation on 24 May 2014 planned events at Stockholm.

Meanwhile: Financial Remittances (hawala) are not the only way of contributing to development back home. A lot of Ethiopian-Americans live in the US but keep ties to their country through their relatives who still live there, says Melaku Nagussie, an Ethiopian-American engineer. “And they have a need to go back to help their country in some fashion.”

Mr Nagussie’s Ethiopia is one country that has succeeded in maintaining ties with émigrés through specific policies and dialogue. The east African government established its Diaspora Directorate in 2002 and now has an online portal where Ethiopian expatriates can find information about investing, tax and customs procedures. They can also apply for the “yellow card”, which entitles foreign-born Ethiopians to enter the country without a visa, work without a permit and own residential property.

In addition, several Ethiopian ministries house diaspora affairs units. For example, the health ministry partnered with exiled physicians in March 2009 to set up the country’s first emergency room training school, which has trained 4,000 first responders, basic trauma providers and technicians. The 170 members of the Ethio-American Doctors Group are working with the government to build, train and staff the country’s first internationally-accredited tertiary hospital with services that will include surgery and psychiatry. Construction of the 300-bed hospital is scheduled to start in June and should be completed by the end of 2016.