Home frontpage Somali Elections on Track for August, Despite Opposition 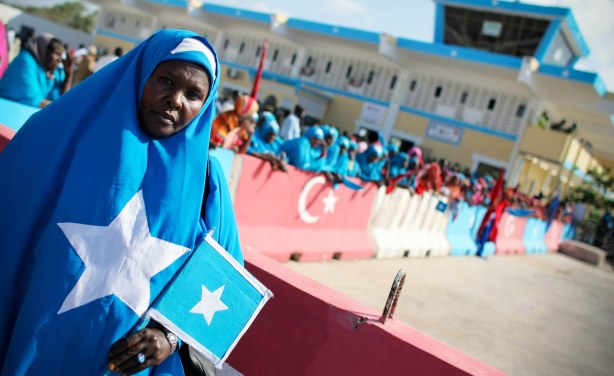 The parliament Saturday delayed a vote to endorse the process, despite warnings from the international community that a failure to act quickly would “jeopardize” the political process and set the county back several years.

Bypassing parliament, the president said at a news conference in Mogadishu Sunday the election would take place in August as scheduled and in line with the deal by the national and regional leaders agreed last month.

“There is no dispute, there is no division, we will not allow division in this critical time” the president added.

“There is no agreement within the Somalia Parliament on the modalities… and it would have taken another long time to resolve these difficulties,” he said.

“It seems to me responsible to issue a decree, if the consequence of not holding the election are going to be very very negative,” Keating added.

Abdullahi Godah Barre, a member of parliament, has rejected the president’s move, saying it’s “unconstitutional and interferes with the power of the parliament” and the parliament will challenge it.

But Keating said he does not believe the decree by the president is “unconstitutional” per se.

The U.N. envoy said they would deal with anyone who tries to spoil the election process. “Our job is to try and ensure that the electoral model is conducted in a safe environment.”

Keating said al-Shabab poses a threat to the election, and they are taking this threat very seriously.

“It’s really very important that the electoral sites where the meeting taking place are very well protected, and every effort is made by both the AU and Somali forces to minimize the possibility of al-Shabab attacks,” he said.