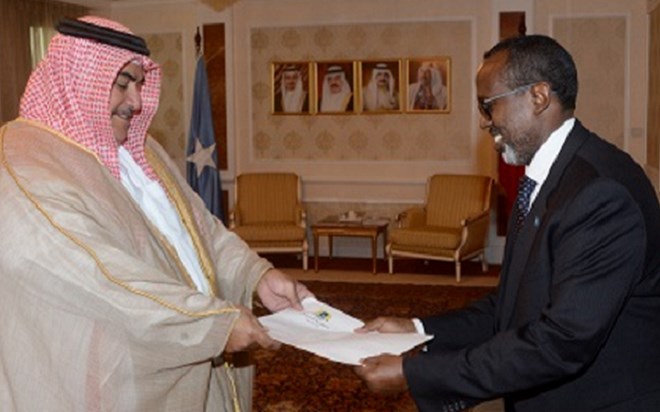 Minister of Foreign Affairs Khalid Al Khalifa recently met with Taher Jili, and the two discussed the positive relationship between the Kingdom of Bahrain and the Federal Republic of Somalia.

Jili submitted to the minister his credentials as Riyadh-based designate ambassador of the brotherly Federal Republic of Somalia to the Kingdom of Bahrain and committed himself to the continuous efforts to build strong ties with the kingdom.

Before the meeting concluded, Al Khalifa wished the ambassador success in his role and reiterated the need for developed, mutual ties between the two countries, which work to serve the economy, community relations and trade for both parties.

The ambassador showed mutual respect and interest in the minister’s desire to build strong partnerships and reassured him that Somalia would hold nothing back in its efforts to keep the partnership strong.

In addition, the two spoke on several different topics of interest involving both countries