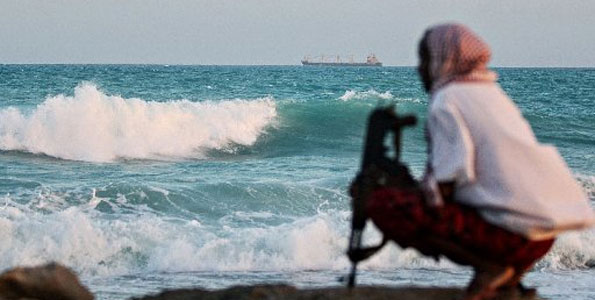 MOGADISHU (HAN) November 11, 2015. Public Diplomacy & regional Security. A lull in piracy attacks off the coast of Somalia has stretched into a third year, bringing relief to consumers and shippers previously hit by high cost due to the menace.

Military incursions on and off-shore Somalia have helped end piracy attacks on key shipping routes around the Gulf of Aden, new data showed even as maritime experts called for caution. The International Maritime Bureau (IMB) said no piracy attack has been reported on the key routes this year.

“No incidents have been noted off Somalia or in the Gulf of Aden this year, previously a piracy hotspot. The positive development reflects the combined efforts of navies in the region, along with greater compliance with the Best Management Practices guidelines against Somali piracy, the employment of private security contractors and a stabilising government,” it said adding that suspected Somali pirates continue to hold 29 crew members for ransom.

IMB director Pottengal Mukundan however urged vessels to maintain vigilance, noting the “increasingly fragile” situation ashore Somalia, with the threat of piracy not “eliminated”. The current lull solidifies a trend since May 2012 when the last successful hijacking took place, raising hope for more reliable shipping services and lower cost of goods leaving and entering the East African market.

Piracy off the coast of Somali has in the past few years cost the global shipping industry billions of shillings in ransom payouts to secure captured vessels, cargo and crew. The menace has also led to increased operational costs due to higher insurance premiums and use of longer alternative routes round the Cape not forgetting hiring of special security personnel to escort vessels through the Gulf of Aden and other measures such as watchtowers and razor wire.

Prices of basic industrial and household items have also risen sharply after shipping lines passed on the additional costs to consumers down the supply chain. A deployment of naval forces around the Gulf of Aden has helped reduce piracy attacks in the past two years.

International navies have stepped up pre-emptive action against pirates, including strikes on their bases. But even as piracy off the shore of Somalia seems contained, authorities in other hotspots around the world registered mixed trends. In Southeast Asia, a piracy crackdown appears to be bearing fruit, with only two hijackings reported in the third quarter of 2015.

Indonesian and Malaysian authorities have also arrested, and in some cases prosecuted, members of product tanker hijacking gangs, notably those behind the MT Sun Birdie and MT Orkim Harmony attacks.

“The robust actions taken particularly by the Indonesian and Malaysian authorities – including the arrest of one of the alleged masterminds – is precisely the type of deterrent required,” Mukundan said.

The two hijackings, on a small product tanker in the Straits of Malacca and a fishing vessel 40-miles west of Pulau Langkawi, were among 47 incidents the IMB piracy reporting centre recorded globally.