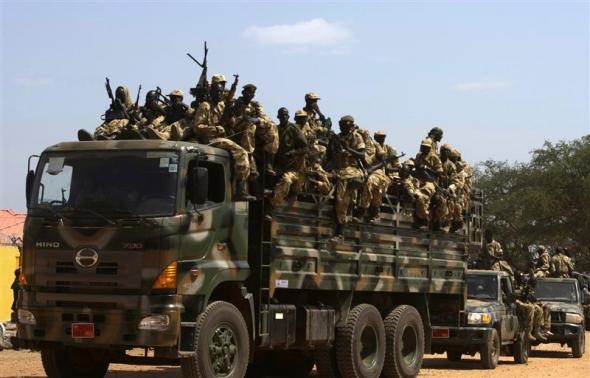 Reports from the area, suggested that the SPLA forces have been encountering a series of rebel attacks, after their last month clash inside Wau town, the state capital, with forces loyal to Riek Machar, leader of the armed opposition faction, SPLM-IO.

It has been also reported that since the incident occurred in the town on 25 June 2016, the army in opposition gained momentum after high number of state Special Forces who were among the residents forced out from their homes and switched to the side of the rebel group in Baringi.

Since violence erupted in Wau town last month, Ngo Bagari County Commissioner, Anthony Fada Taban, who was among several civilians that fled the town to the western part of the town did not return back despite the return of many other state government officials. There are speculations that he might have defected to the SPLM-IO in the area.

“The government forces have withdrawn from Ngo Bagari County because there are rebels there using civilians as their shells. It needs to be studied before our army decides but as the government, we have right now made a strategy to redeploy back our forces in the area. We cannot mention when will they return but as soon as possible,” said state governor, Andrea Mayar Acho, told Sudan Tribune.

However the state governor Acho did not publicly say that Commissioner Taban has defected to the SPLM-IO after Wau violence.

Ashab Kamis, the commander in charge of the SPLA-IO in the area told Sudan Tribune on Thursday that the commissioner was under their custody after their own Bagari town fell under their hands.

The governor Acho denied the SPLA-IO forces’ allegation that their forces managed to overrun the area, saying the government decided to voluntarily abandon the town and moved to Wau town without any clashes.

“When you articulate that you have captured the area that means you have attacked and forced the units of police and army out but if it is the forces that withdraw without fighting, this means you are not true,” said Acho. (ST)