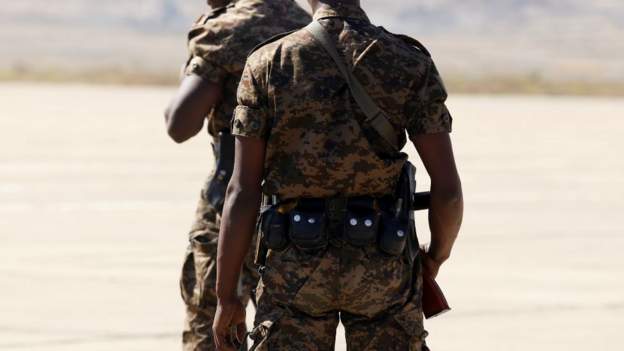 The United States has condemned the blocking of aid by military forces operating in Ethiopia’s northern Tigray region.

A statement from US Secretary of State Antony Blinken called on the governments of Eritrea and Ethiopia to ensure aid is allowed to reach the millions who need it.

According to the UN World Food Programme (WFP), 5.2 million people are in need of food assistance in Tigray.

There were many credible reports of armed forces attacking civilians including gender-based violence, Mr Blinken said.

The conduct of the Eritrean military and troops from the Amhara region had been particularly egregious, he added.

He repeated a call for Eritrean troops to leave the Tigray region.

On Friday the US expressed deep concern about increasing ethnic and political polarisation across Ethiopia.