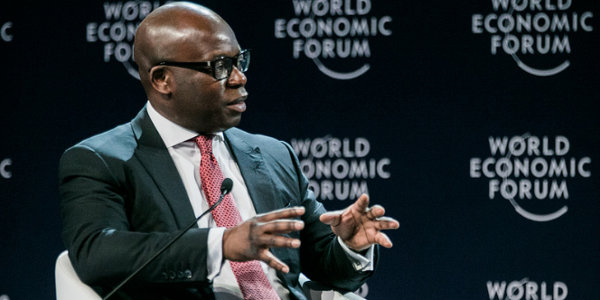 Adewale Tinubu, group CEO of Nigerian energy company Oando, reckons Africa is “potentially the largest power market in the world”, based on available resources and demand for electricity.

“We are losing a wonderful opportunity to leapfrog out of poverty by not having a more sustainable or robust energy policy,” said Tinubu. “I think… without a doubt, the biggest challenge we have to economic growth is really our poor consumption of energy, and invariably our very expensive consumption of energy. We are never going to become an exporting continent until we lower our cost of energy and we take advantage of these different [energy] sources.”

Although there has been some momentum in developing power projects in recent years, sub-Saharan Africa still has a long way to go with hundreds of millions of people not having access to grid-connected electricity.

According to John Rice, vice chairman of General Electric, there are some well-intentioned initiatives geared towards meeting the energy gaps, but challenges related to financing, bureaucracy, traditional risk analysis, and decision-making based on election cycles have led to delays.

He cited the case of the US-backed Power Africa initiative, which was launched in 2013 by President Barack Obama with a view to “double access to power in sub-Saharan Africa”. Power Africa, supported by a host of governments and private sector players, has an ambitious goal of adding 30,000MW of electricity.

But, Rice noted, so far the number of megawatts added onto the grid directly related to the initiative “is very little”.

Jasandra Nyker, CEO of BioTherm Energy, a Southern Africa-focused investor in energy projects, called for a greater sense of urgency in developing projects.

“When I talk sense of urgency I see [projects] needing to happen in the next two to three years,” said Nyker. “In my company, we [moved] from site identification to… providing power to the grid, it took us 36 months and we did that twice. So if a small company like mine can do that, I think more and more players out there can actually do it.”

Nyker said her company was able to complete projects swiftly by working with surrounding communities to avoid conflicts over land. The community understood what was being done, how it would be done, and when benefits would accrue to them. BioTherm also managed expectations, and ensured the project was bankable from day one.

Oando boss Tinubu suggested the development of more regional mega-projects in the continent. But Nyker noted such projects are complex due to varying policies and structures in different countries. She cited the case of theDemocratic Republic of Congo’s Grand Inga project, one of the world’s largest proposed hydropower schemes.

“There is a lot of complexity when we look at regional integration, especially when it comes to a grid-connected project,” said Nyker. “If we really want to solve the energy crises in Africa we need to look into our countries first, before we think big. I think the Grand Inga project is very ambitious but I don’t think we should be setting our hearts and hopes in terms of that being a solution to our power needs because it is not going to happen in the next two or three years.”

However, Erastus Mwencha, deputy chairperson of the African Union Commission, observed that some regional projects are taking shape. He gave the examples of Ethiopia supplying power to Kenya, and the West African Gas Pipeline – a high-pressure gas transmission system that exports gas from Nigeria to Ghana, via Benin and Togo.

“There are regional initiatives, but of course we need to see more of these,” said Mwencha.

Tinubu noted the private sector can play a significant role in power generation, but only if there is a friendly business environment. He gave the example of Nigeria that has become reliant on private diesel generators, which are pricier to operate compared to industrial power.

“What was missing was having an enabling environment, which the government has finally realised and has privatised the power system, liberalised tariffs and in the process we are now seeing the private sector getting involved in building new power plants, and we are now attracting global capital.

“The difference is power is now seen as a business opportunity for investors to make a return,” said Tinubu. “People now have access to cheaper power than when the government was subsidising and [was] unable to meet that demand.”

“That is an investment we are making, not… out of philanthropy, but because we see the returns on investments is quite high in Africa,” said Elumelu.

AfDB boss Adesina noted that over the next decade Africa must strive to attain “universal access to electricity”.

“We have got to be so impatient with moving Africa forward relentlessly – we have no choice. In 2025, there is absolutely no reason why Africa should not be totally lit up with the power it needs to industrialise, because we must not forget no economy ever develops unless you have the base load power to drive industries and be competitive,” said Adesina.