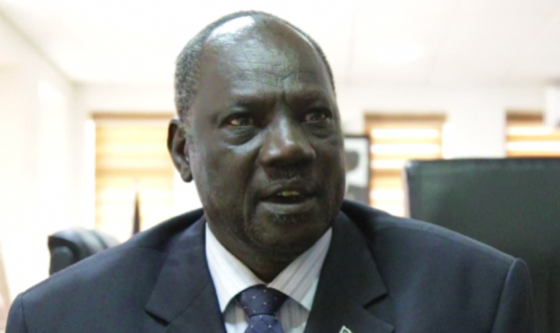 JUBA (HAN) August 11.2016. Public Diplomacy & Regional Security News. The government of South Sudanese says it should first be consulted before a regional force is approved by the United Nations Security Council (UNSC), warning of unknown consequences if the young nation was ignored.

“We are a young nation, but members of all the regional and international organizations and we have the right to exist like other countries in this world,” he told reporters in, ahead of Thursday’s meeting of the 15-member UN council.

The Intergovernmental Authority on Development (IGAD) heads of states and government requested the UNSC to approve a military force capable of disarming rival South Sudanese armies, protect civilians and major installations as well as ensure full implementation of the shaky peace agreement between signed by the country’s rival leaders.

The accord hangs in balance following last month’s renewed clashes between the rival factions in Juba, which saw hundreds dead and displaced over 40,000 people.

South Sudan accepted, in principle, a foreign force during a meeting in Addis Ababa, Ethiopia last week on condition that its armament, capacity, mandate and length of stay are collectively decided by the Juba regime and the region.

The US, in its proposal to the Security Council, wants Juba out of the decision on the force mandate, capacity and armament, which South Sudan government has opposed.

“Nobody has the right to take away our sovereignty,” said Makuei.

He said the South Sudanese government should be invited to discuss the mandate of the intervention forces, further warning that imposing the body would attract Juba’s resistance.

“If it is to be imposed, then that would be a different language all together,” added Makuei. (ST)