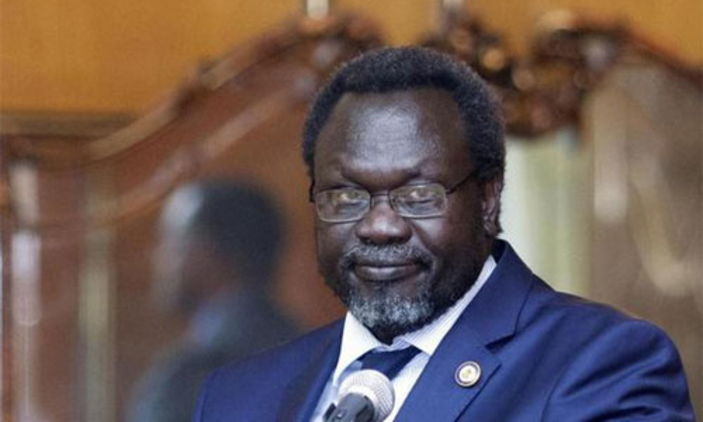 This happened after the lapse of a 48-hour ultimatum issued by President Kiir for Dr Machar to return to the capital, from where he fled on July 11 following the outbreak of a four-day spate of political violence.

On Saturday, a group of officials from Mr Machar’s SPLM-IO nominated Mr Deng — the former lead negotiator for the rebels — as the acting First Vice President of South Sudan.

They claim that because Dr Machar is not in Juba, someone needs to implement the peace deal.

However, sources told The EastAfrican that the former rebel ministers currently holed in their hotel in Juba claimed to have voted to replace Dr Machar with Mr Gai under duress because they have been unable to leave the capital and that their lives are threatened.

“It unnecessarily brings South Sudan a step closer to full-scale war, shutting another door to dialogue and trampling on democratic processes espoused by both South Sudan’s government and opposition SPLA-IO,” he said.

He further added that if President Kiir’s action to remove Dr Machar proves to be be part of his inner-circle power plays to bring forth more violence and destabilisation, it might not win grassroots support and end up undermining the August 2015 peace agreement.

After two and a half years of civil war, the two parties finally formed a transitional government of national unity on April 29 this year, but implementation of the security arrangement has been problematic with the presence of two armies leading to the July 7 clashes.

Dr Machar’s Press Secretary, James Gatdet Dak, termed the changes as illegal and part of a conspiracy crafted over a year ago to destroy the agreement signed by the two leaders.

Mr Dak said that the plan by Jieng Council of Elders (JCE) — a Dinka cultural grouping with a stronghold on President Kiir’s decision, came to the surface in February 2016, where he claims they had designed a plot to destroy the peace deal using Taban Deng Gai.