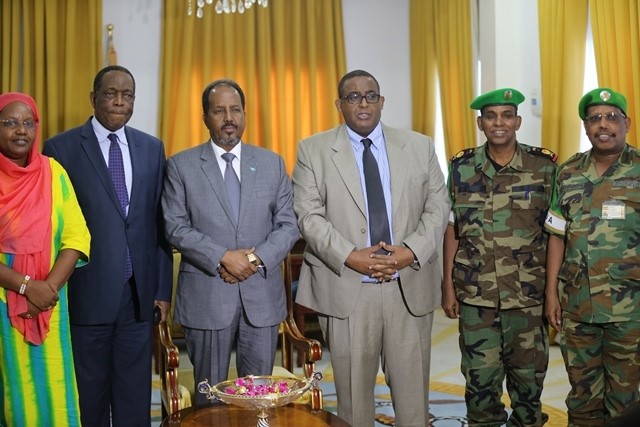 AU Special Representative for Somalia, Ambassador Francisco Caetano Jose Madeira, the President and the Prime Minister told the General Subagle is a great experience with the service named effectively ground. The President said that the Federal Government of Somalia fully supports General Subagle will fulfill their obligations.

The President and the Prime Minister also met with Mr Amara Konneh Saroj Jha, a senior officer at the World Bank development programs in countries recovering from conflict. Along with the World Bank’s representative in Somalia Mr Hugh Riddell about the economic situation in progress. World Bank officials have pledged their commitment to fully cooperate with the government, to ensure that the country meets its programs for economic growth and rebuild infrastructure.

It is also the President and the Prime Minister to meet with the police in the United States came to strengthen police cooperation between the two countries. US officials in the formulation of Hugo McPhee and John M. Harring said that the United States is already helping in the training of Somalia, is now ready to start a program to swap experiences and work in modern technologies