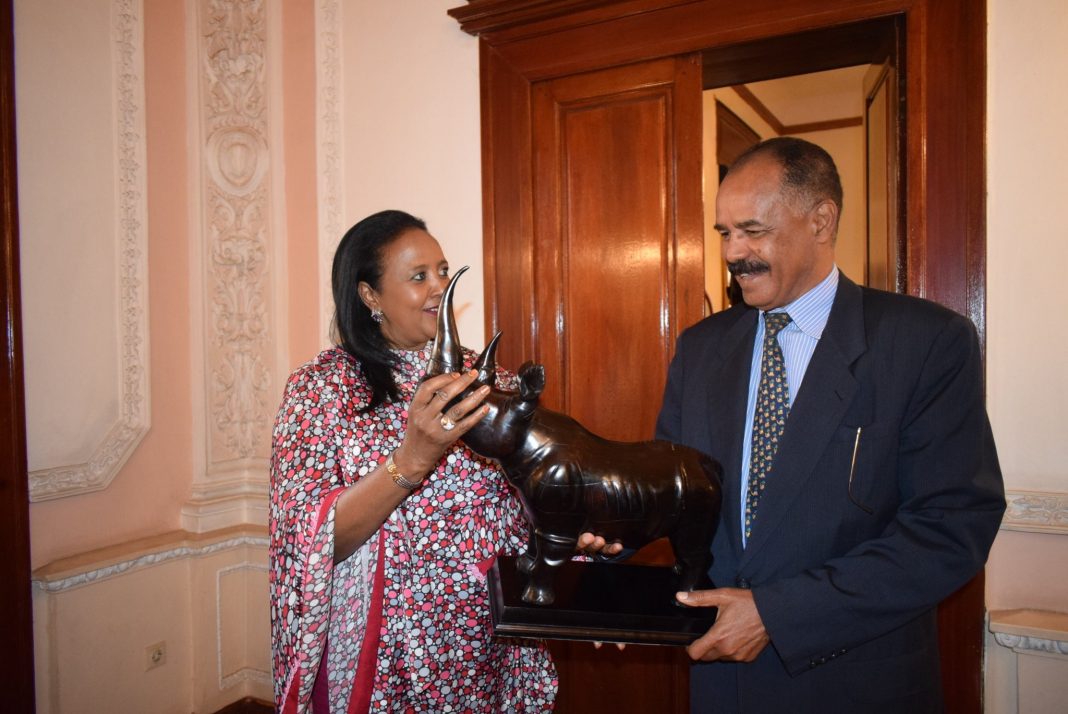 The President underlined the need for the enhancement and revitalization of the African Union to ensure that the African continent holds its rightful place in the world.  President Isaias further emphasized the urgency for both the African Union and the regional organizations (RECs) such as IGAD to get their acts together to advance the widely shared objectives of the continent’s economic integration.

President Isaias and Dr. Amina Mohamed also discussed in detail the status of the bilateral ties between the two sisterly countries.  In this regard, President Isaias underscored the need for Kenya to play its due role in the Horn of Africa.