Home Ethiopia PAN-AFRICANISM MUST NOT DIE 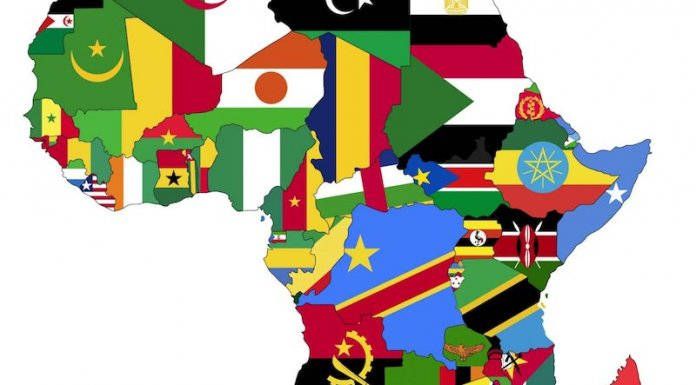 Government policies and decisions in Africa should reflect our culture and religion, writes Sonnie Ekwowusi

Prior to the attainment of political independence, most African nationalists closed ranks in order to forge a common ideological front aimed at wrestling political independence from their erstwhile colonial overlords. These nationalists were inspired by Pan-Africanism (Afrocentrism) which evolved out of the works of African-American intellectuals in the late 19th and early 20th centuries. With the attainment of independence by Ghana in 1957, Kwame Nkurumah’s Pan-Africanism was embraced across the African continent.

Suffice it to say that by the 1960s when most African countries secured political independence from their respective colonial overlords, the future looked bright for these independent African states. But six years down the line it became increasingly clear that most of those states could not sustain their respective political independence. What happened was that official corruption, nepotism and profligacy, somewhat became statecraft in those independent states. Under the pretext of fighting the aforesaid ills, some power-thirsty military juntas in those states staged military coup d’états that destroyed the pre-existing legal orders in those states. The tragedy of the incursion of the military into politics in Africa is now history.

Perhaps the greatest tragedy in Africa today is that despite gaining political independence from their erstwhile colonial masters, most African countries are yet to be completely emancipated from variants of neo-colonialism: paternalistic imperialism, political imperialism, economic imperialism and cultural imperialism. According to Kwame Nkrumah who coined the word “neo-colonialism”, “the error of neo-colonialism is that the nation which is subject to it is in theory independent and has all the outward trappings of international sovereignty. In reality its economic system and thus its political policy is directed from outside….”

For me, the most pernicious form of imperialism that oftentimes goes undetected in Africa is cultural imperialism. Culture is the life of a people. Therefore the destruction of a people’s cultural heritage is tantamount to destruction of the people. Unfortunately what we are witnessing today in Africa is a profound systematic deconstruction of the cultural heritage upon which the African people lay claim to civilization. Last two weeks I attended an international conference in Accra, Ghana.

Topping the list of subject matters slated for discussion at the conference was the erosion of Afrocentrism amid the bourgeoning Eurocentrism in Africa. All the conference speakers were unanimous in agreeing that the contributions of African people to world history and world civilization are constantly being undermined against the Eurocentric assumptions and myths that all that glitters in the West is good and must be embraced in Africa. For instance, Dr. Abu Bako enunciated that many policies imposed on Africans by foreigners are not only hurtful to African economic interests but undermine the communally-binding ideals which form the superstructure for the building of African ethos and culture.

From example, viewed from historical and cultural context, the traditional family essentially doubles in Africa as the provider of those “social safety-nets” which a person needs to grow up to become responsible member of the society. This is why the Nigerian Law Reform Commission has asserted that gay marriage or gay activities is “abhorrent to African sensibilities and quite contrary to the norms of the Nigerian society”. Despite this strong assertion, and, considering that gay marriage and gay activities have been outlawed in Nigeria, the West is constantly pressuring Nigeria and African countries to legalize it.

As we speak, Demark and the UNFPA are organizing a Gay/Abortion Summit in Nairobi, Kenya. They are mobilizing all political will and financial commitments in order to ensure that abortion on demand for women and girls, Gay “rights” and same-sex marriage, transgenderism, bestiality, contraception for adolescent from 10 years onward without parental consent, prostitution, “safe-sex” for African adolescents are legalized in African countries. On Tuesday October 29th 2019, gay rights activist Bisi Alimi organized the first-ever LGBT pride event in Lagos.

Meanwhile, popular internet-personality and LGTB cross-dresser Okuneye Idris Bobrisky goes about in his funny-looking attire taking photographs with young Nigerians. The questions are: Why haven’t the Police arrested and prosecuted Bisi Alimi and Bobrisky for flouting the law of the land? Are Alimi and Bobrisky above the law? Homosexuality is not an African culture. Lesbianism is not an African culture either. Every society has its own values and should grow or sink with those values. The West has no right to dictate to Africans how they should live their lives.

Another troubling matter that was discussed at the Accra conference was the teaching in public secondary schools in Africa a Western-sponsored immoral Comprehensive Sexuality Education (CSE) that is antithetical to the cultural, religious and philosophical convictions of the African people. For example, a couple of years ago a group of concerned mothers dragged the Lagos State government and Federal Ministry of Education to the Federal High Court, Lagos because the Integrated Science subject studied by pupils in JSSI- SS111 was corrupted to include abortion techniques, breast-enlargement techniques, kissing techniques and so forth.

I would further shock you by letting you know that almost all the standard literature in English books such as Macbeth, Julius Caesar, Weep Not Child, Things Fall Apart, Zambia Shall be Free, The Man Died, The Gods are not to Blame, etc., that were read in our secondary schools in Nigeria in those glorious days have been yanked off the syllabi today and replaced with sex-related and lewd textbooks.

Eurocentrism must give way to Afrocentrism. Government policies and political decisions in Africa should be in consonant with the cultural, religious and philosophical convictions of the African people. This is the real meaning of democracy. We are Africans. We are black and proud.