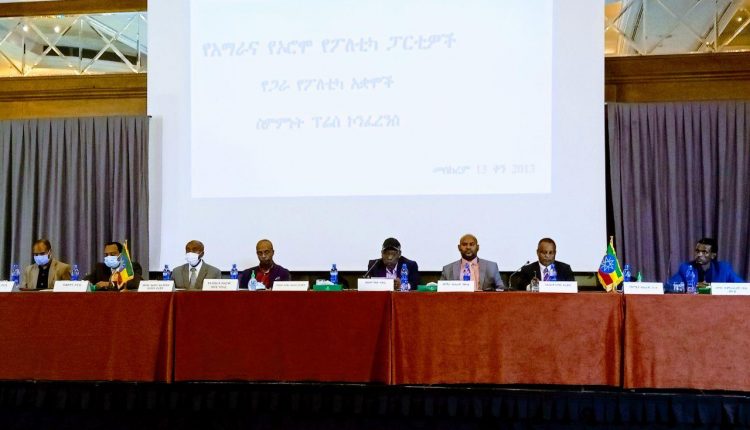 They have given a joint press briefing today in Addis Ababa on areas of interests in which they have agreed to work jointly.

The parties came to the agreement following the national dialogue they have been holding over the last ten months focusing on various national issues.

Among the parties which took part on the discussion, five are from Ormoia and five from Amhara Regional States.

It is stated that conflicts occurred in public universities found in the two regions became a reason for the commencement of their dialogue last year.

According to the statement they issued, the parties have agreed on ten points including the continuation of an inclusive national dialogue, protection of security and rights of citizens living in the two regions, protection of individual and group rights, amendment of the constitution in an inclusive way, holding of reliable population census, among others.