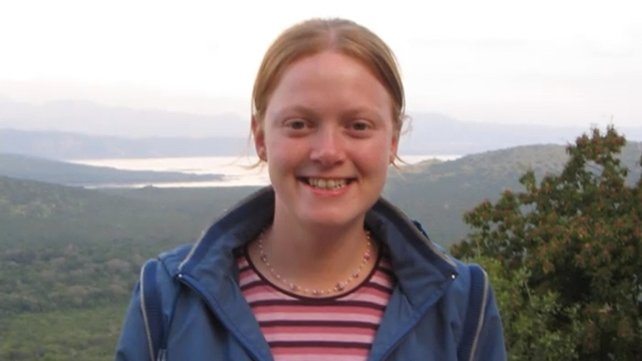 ADDIS ABABA (HAN) July 21.2016. Public Diplomacy & Regional Security News. The mother of a 25-year-old aid worker who died in a car crash in Ethiopia in July 2005 has said that the last 11 years have been like a crucifixion for her and her family.

Irene Campbell was speaking after an inquest in Letterkenny into the death of her daughter Joyce Campbell from Meenmore, Dungloe, Co Donegal.

Joyce Campbell had gone to Ethiopia as an aid worker with the Vincentian Lay Missionaries and had just been in Ethiopia for three weeks when she was killed.

Her family say that they have been waiting since then to find out the truth about what happened to Joyce and to get a death certificate for her.

They requested for an inquest to be held in Donegal because they said there was no evidence of a police investigation in Ethiopia, they could not secure a death certificate and there were conflicting reports as to how and when Ms Campbell died.

The inquest returned an open verdict with a rider calling for the deaths of all Irish people abroad to be investigated properly.

It heard Ms Campbell had been returning from a trip to a tribal village with two other aid workers when the SUV in which they were travelling crashed in a ravine.

At the inquest, Paul Brady from Co Kildare said he was travelling in the front of the SUV and was told by everybody that the crash happened when the Ethiopian driver swerved to avoid goats but he said he could not remember what actually happened.

He said he was seriously injured and was put in the back of a cattle truck and that about an hour later Ms Campell was put in beside him and she was dead.

Alan Matthews from Artane in Dublin said Ms Campbell was alive after the crash and helped him up out of the ravine.

He said she was sitting in the front of the cattle truck with him when, perhaps two hours later, she collapsed on his shoulder and he believed that is when she died.

The post-mortem examination report indicated that Ms Campbell had suffered a laceration to her liver and had bled to death.

Coroner Dr Denis McCauley said that she would have died within a couple of hours.

He said that it was not clear exactly how the crash was caused.

It was a parent’s worst nightmare, he said.

Matters were made worse by the fact that it happened abroad in circumstances that were initially confusing and he could understand how Ms Campbell would be tormented by that.

Dr McCauley said it was a terrible tragedy but her mother should know that Joyce died in the company of others and helping others after having a wonderful day.

Irene Campbell was critical of the Department of Foreign Affairs and the aid agency for which Ms Campbell was working for not investigating her death.

She said that the family was thwarted at every step in trying to find out what happened and she sincerely hopes that no other family has to go through what they have had to go through.