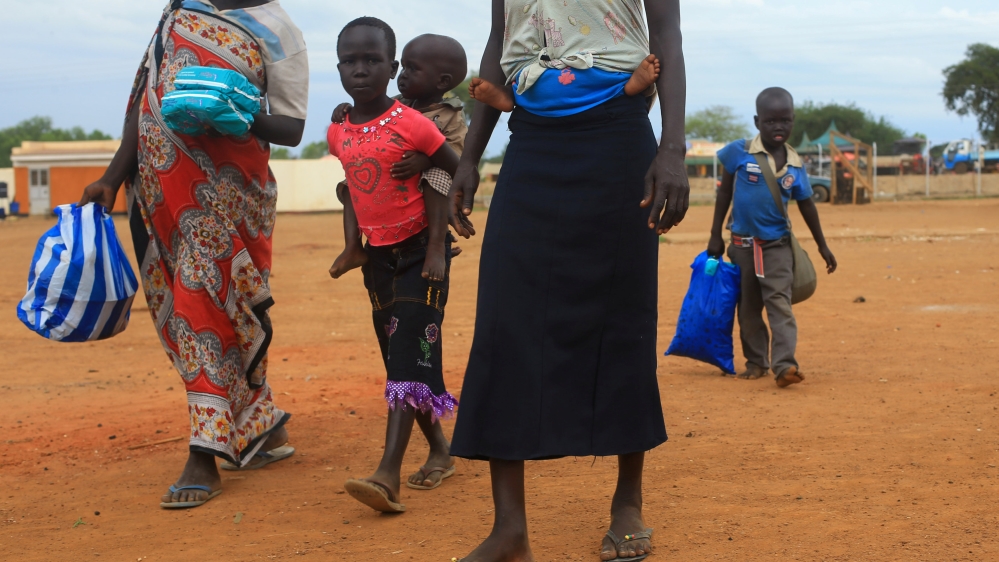 The number of refugees from South Sudan has passed one million after renewed violence in July forced thousands to flee to neighbouring countries, creating one of the world’s worst humanitarian disasters, according to the United Nations.

South Sudan, the world’s youngest nation, has now joined “Syria, Afghanistan and Somalia as countries which have produced more than a million refugees”, Leo Dobbs, spokesman for the UN refugee agency, the UNHCR, said on Friday.

“This is a very sad milestone,” he added.

“Most of those fleeing South Sudan are women and children. They include survivors of violent attacks, sexual assault, children that have been separated from their parents or travelled alone, the disabled, the elderly and people in need of urgent medical care,” he said.

About 185,000 people have fled the country since early July, when fierce fighting flared in the capital Juba, between supporters of President Salva Kiir and Riek Machar, then-vice president.

Both civilians and foreigners, including aid workers, were targeted in the July chaos by soldiers who raped women and girls, conducted mock executions and forced people at one hotel compound to watch as they executed a local journalist.

That fighting “has shattered hopes for a real breakthrough and triggered new waves of displacement and suffering”, Dobbs said. More than 1.6 million people were displaced within the country, he added.

A peace deal reached a year ago under international pressure has been violated repeatedly by fighting, and Machar fled the country in recent weeks.

According the the UN, neighbouring Uganda hosts the largest number of South Sudanese refugees, more than 373,000, and more than 20,000 arrived there just in the past week.

“Many refugees arrive exhausted after days walking in the bush and going without food or water. Many children have lost one or both of their parents,” Dobbs said.

South Sudan’s landmark one million refugees comes in a week that the country’s leaders were accused of amassing a huge fortune at the expense of the state.

The Sentry Group, founded by US actor George Clooney and rights activist John Prendergast, alleged on Monday that President Kiir, Machar and those close to them had looted state coffers, accumulated luxury homes and cars, and enriched themselves and family members through stakes in oil and other business ventures.

In its report, the US-based watchdog said the leaders and their families “often live in multimillion-dollar mansions outside the country, stay in five-star hotels, reap the benefits of what appears to be a system of nepotism and shady corporate deals, and drive around in luxury cars”.

Responding to the allegations, presidential spokesman Ateny Wek Ateny said they were “completely rubbish” and legal action would be taken against the Sentry group.