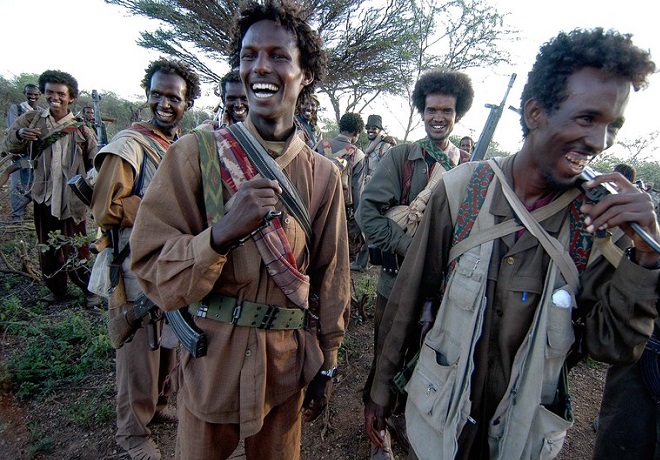 Ogaden National Liberation Front (OLNF) combatants are now in the hands of Somali regional state. They will be integrated to the regional security structure.

The ceremony is attended by the regional government officials, ONLF leaders and elders in the region.Mohammed Mustefa Umer, the region’s acting president who is hailed among many Ethiopian’s as a progressive politician, remarked that ONLF’s disarmament is an important chapter for peace and development of the region.

Yesterday, the regional state council lifted immunity of 12 members who are to be charged in connection with egregious human rights violation some time in July and August 2018, and corruption. Of which 6 of them are already in custody while the rest are belived to be overseas. The region’s former president Abdi Illey is in custody and is charged last week in a federal court in the capital Addis Ababa.

ONLF rebel forces were based in Eritrea and they returned to Ethiopia about two months ago after Prime Minister Abiy Ahmed’s administration called for armed opposition groups to return to the country and carry on thier struggle peacefully.

Ethiopia’s experience in connection with armed opposition groups invited to the country for a peaceful struggle various. For example, Oromo Liberation Front, a radical militant ethno-nationalist political organization, refused to disarm after returning to the country and was essentially running a de facto government in the western parts of the country- a development which dragged Ethiopia to what now seems a short lived civil war.