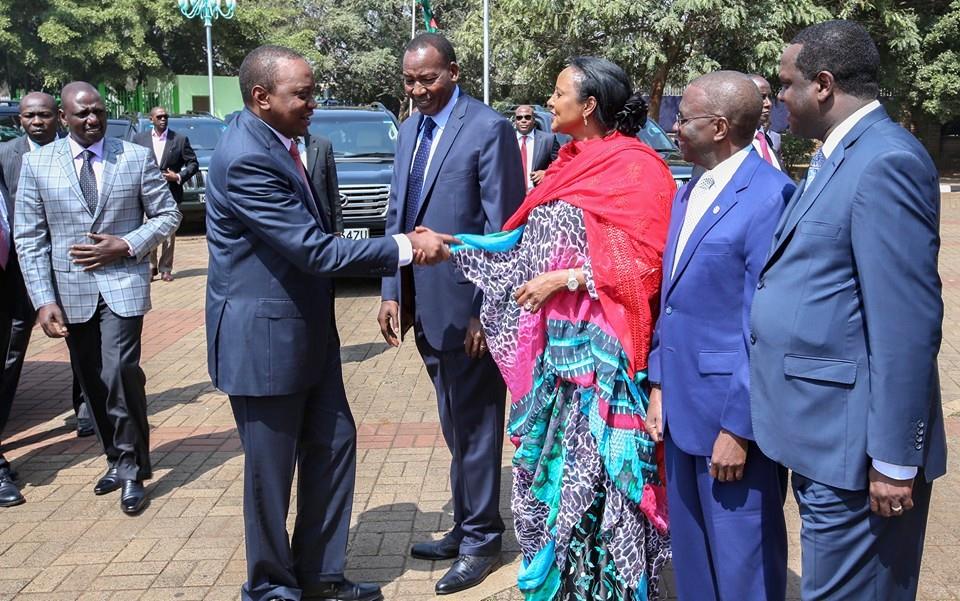 The emphasis on security cooperation speaks to the fact that, from Nigeria’s Boko Haram to Al-Qaeda in the Islamic Maghreb and Somalia’s Al-Shabaab, under Obama, the U.S. has increased its military footprint in Africa.

“We are strongly committed to partnering with African countries to increase their capacity to address the immediate threats posed by terrorist organizations,” the White House said in a statement on Monday.

Meanwhile: The African governments has often turned to China to help build new roads, railways and dams in its bid to expand the industrial base in the largely agrarian economy. The new metro line that snakes through Addis Ababa was built by a Chinese firm.

Obama, who many Africans claim as their son, is seeking to expand business links with the continent, where China overtook the United States as the biggest trade partner in 2009.

“Africa is on the move. Africa is one of the fastest growing regions in the world,” Obama told a conference in Nairobi on Saturday that sought to encourage African entrepreneurs and match them with investors.