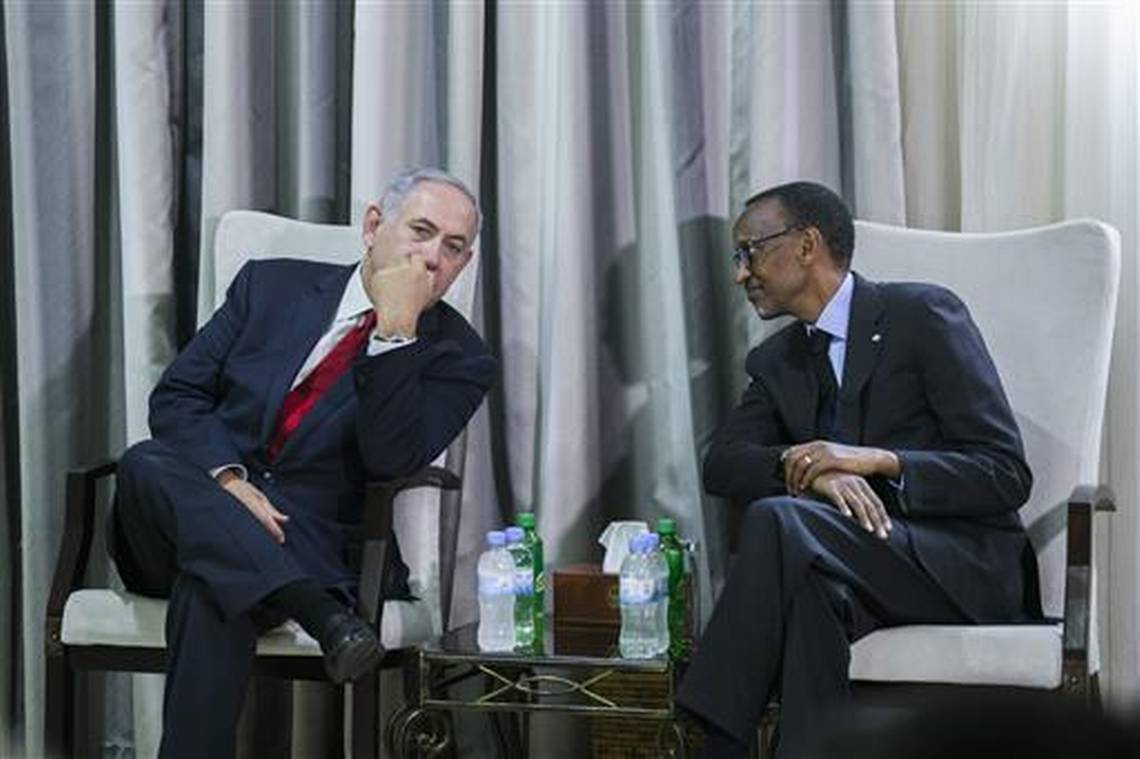 PM Netanyahu visited the Kigali Genocide Memorial Centre where remains of over 250,000 people are buried and thousands of memorabilia of the genocide kept, and later addressed a joint press conference with Rwandan President Paul Kagame.

However, there was no mention of the allegations that Israel sold guns, ammunition and hand grenades to the government which orchestrated the genocide.

The matter came up during the 22 commemoration of the genocide in April, when the Israel Supreme Court ruled to keep details of Israel arms export to Rwanda a secret.

In 2014, Israel Professor Yair Auron and attorney Eitay Mack had submitted a Freedom of Information request to Israel’s Defence Ministry to discover the nature of any arms exports made to Rwanda between 1990 and 1995, The Times of Israel reported.

PM Netanyahu hailed Rwanda’s remarkable recovery after the devastating 1994 genocide, and equated it with the recovery his own country made. He referred to Rwanda as a “vibrant and resolute” country that had accomplished amazing things in a short time.

However the arms deal is likely to remain an unresolved puzzle.

David Himbara, a former aide of President Kagame, who has since become his vocal critic, said PM Netanyahu’s visit and the hospitality he was accorded is “ironic” because of Israel’s role in the genocide in Rwanda.

“The state of Israel blocked internal investigations into its role in the 1994 Rwandan genocide. Some of the weapons allegedly supplied by Israel to the Habyarimana regime included bullets, grenades and rifles,” said Dr Himbara.

Both PM Netanyahu and President Kagame vowed to continue fighting propagation of hate based on ethnicity as well as terrorism.

Israel continues to support Rwanda in the areas of defence and training, ICT, agricultural research and energy and several deals in the various sectors were signed. Rwanda opened an embassy in Israel in March 2015.