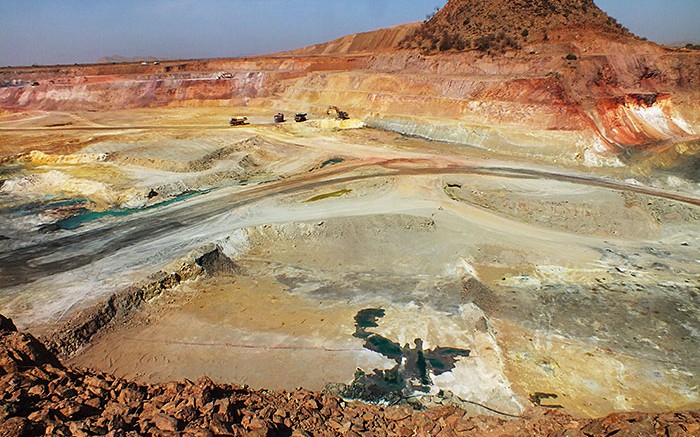 By the close in New York the Nevsun shares changed hands at $3.34 affording the counter a market capitalization of $658 million. Nevsun is up 24% in value this year.

The Vancouver-based firm announced new massive and stringer sulphide intersections at Asheli which is located 21km from Bisha where the company has been mining copper and zinc containing gold and silver as by-products:

Nevsun CEO Cliff Davis said “the deposit is fairly compact and relatively shallow which should be advantageous for mining. There is room for growth to the northeast and strong footwall alteration is present in this area.  VMS deposits rarely occur in isolation and we have now started testing other targets along the four kilometers of similar geology to the east and northeast.”

Following the results the announcement Haywood Securities commented that the Asheli trend, which is part of Nevsun’s Mogoraib River Exploration Licence, includes over 4 kilometres of untested strike length, “which stand to further define the Bisha district as a multi-deposit volcanogenic massive sulphide (VMS) camp comparable to other world-class VMS camps around the globe.”

Nevsun currently owns 60% (the Eritrean government owns the rest) of the $250 million east African mine which started operations as a gold-silver producer in 2010. Three years later Bisha underwent a $110 million expansion to switch to copper concentrate production from supergene ore.

This year the company will pivot again to expand flotation capacity to produce zinc concentrate. Zinc is the best-performing metal in 2016 rising more than 18% in price since the start of the year.  Life of mine payable metals at Bisha is put at 470m pounds of copper, 1.7 billion pounds of zinc, 240,000 ounces of gold and 8.2 million ounces of silver.

Nevsun acquired Reservoir Minerals Inc. in a deal worth $365 million in April. The deal, which still has to be finalized, provides the companies 100% ownership in the upper zone of the Timok Copper Project in Serbia, which had previously been owned by Reservoir and Freeport McMoRan. Nevsun shareholders will own two-thirds of the combined company.