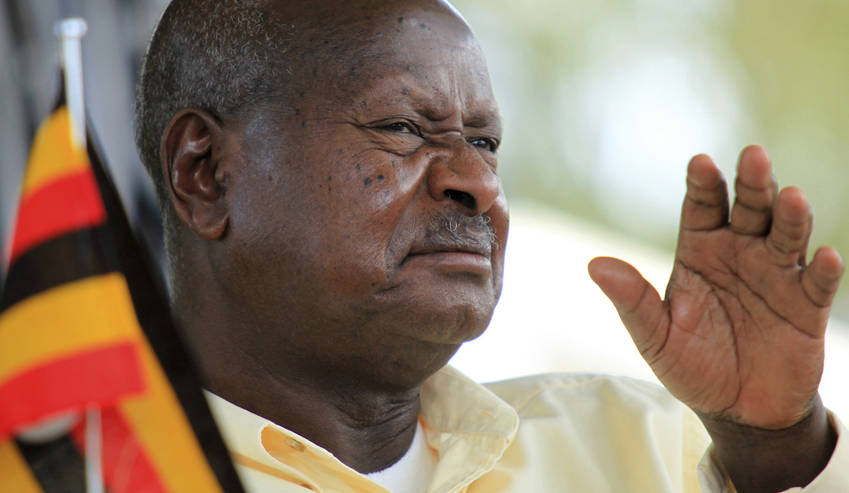 A statement from State House Entebbe said the president received the proposal seeking the amendment of Article 102(b) to remove the age limitation from a group from the ruling NRM led by Kyankwanzi woman MP Ann-Maria Nankabirwa.

“President Yoweri Museveni has received a resolution from the Kyankwanzi National Resistance Movement (NRM) leaders calling for the amendment of the Constitution by Parliament to lift presidential age limit from the current 75 years to none,” the statement reads in part.

In March this year, the proposal to do away with the age cap for those contesting for the presidency is said to have come under discussion during a retreat of newly elected members of the NRM at the Kyankwanzi Leadership Training Institute. However, party officials denied it.

Later, a team of NRM district chairpersons is said to have raised the matter in a memo to the president during a dinner hosted to celebrate their victory.

But the Kyankwanzi resolution is the first to be officially acknowledged and communicated to the nation by the president’s office.

Mr Museveni, who has been in power since 1986, is serving what was seen as likely to be his last five-year term after winning the elections in February. His current term will expire in 2021.

But some leaders within the ruling party have been quietly mobilising for the removal of the age cap, to allow Mr Museveni, who turns 72 in September, to extend his stay. If the amendment succeeds, it will be the last major hurdle for the veteran president having successfully overseen the removal of term limits in 2005.

The State House in its statement quoted Ms Nankabirwa as saying: “the Kyankwanzi district conference sat on 4th July 2016 and passed a resolution calling for the removal of presidential age limit.”

After receiving the petition, the president said he would consult with the NRM Central Executive Committee (CEC) and the NRM leadership.