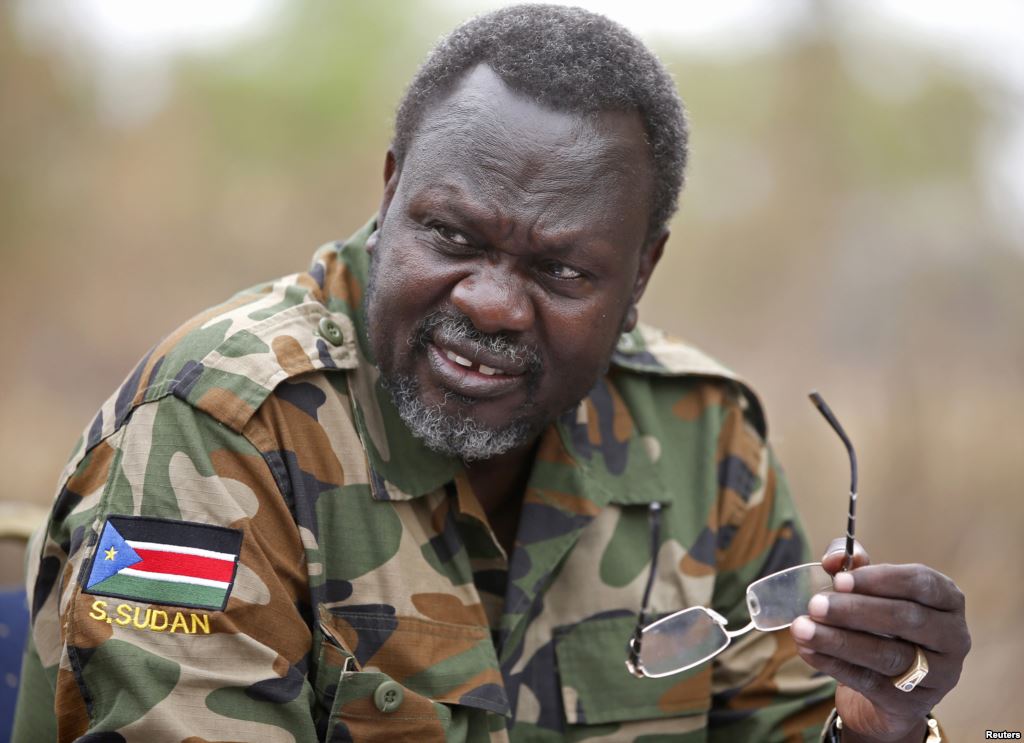 President Kiir last week accused the United Nations of allegedly working for a regime change and supporting Machar to carry it out. He also became bitter because the UN mission in the Democratic Republic of Congo (DRC) extracted Machar at the border and saved his life.

He said when Machar could not succeed in the two years of war which started on 15 December 2013, he signed the peace agreement in August last year in order to continue with the regime change agenda, including violence from within.

But Machar’s officials said this was not true, arguing that the small number of forces they took to Juba clearly indicated that there was no plan to fight in Juba.

“It is not true. We did not return to Juba in order to fight. How could we plan to start another war inside Juba when he had only 1,300 troops brought to the capital with light weapons while Salva Kiir and his group had tens of thousands of troops in and around Juba with heavy weapons, tanks and helicopter gunships. The claim does not make any sense at all,” said James Gatdet Dak, Machar’s spokesman.

Dak said their opposition faction of the Sudan People’s Liberation Army (SPLA-IO) would have insisted on bringing to Juba at least all their 2,910 troops allowed by the agreement, or would have even ensured that they had not less than 10,000 troops, also with their heavy weapons transported to Juba before Machar returned, if they had planned for a fight in Juba.

He said it was instead President Kiir and his group who had the plan to lure Machar to Juba in order to kill him and scrap the peace deal.

“The United Nations report is very clear, it is Salva Kiir and Malong Awan who ordered the recent violence in July in Juba. The UN panel investigated it and clearly held Kiir and his group responsible,” he said.

The opposition leader’s spokesman further added that “President Kiir and his group were responsible for all the messes in the country, “whether it is assassination attempts against Dr. Riek Machar on 15 December, 2013, or on 8 July, 2016 violence in Juba as confirmed by the UN, or corruption as also confirmed in the recent report by The Sentry organization based in the United States.”

Machar and his faction, he added, accepted to return to Juba in April despite the improper security arrangements because he thought that Kiir had changed from his violent behavior after the two years of war.

He however said the opposition group will not give President Kiir another third chance to attempt to lure in and murder Machar in Juba.

“The violent situation in Juba has to change first,” he said.