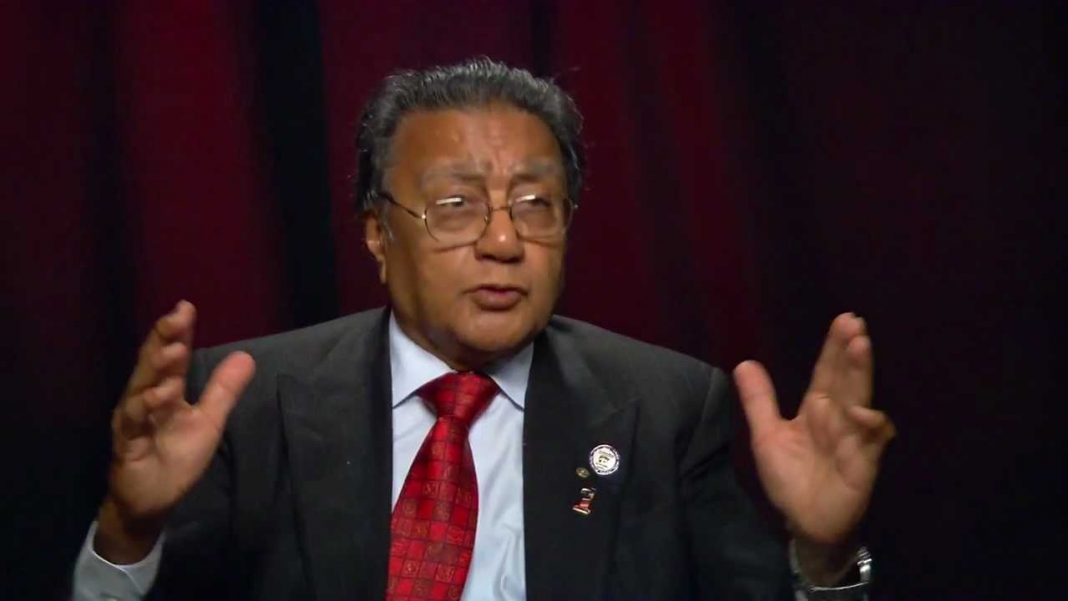 NAIROBI (HAN) November 14.2016. Public Diplomacy & Regional Security News. By Katy Migiro. A prominent Kenyan industrialist offered to hire 100,000 people to help the government tackle corruption in the land sector at a summit on Monday, as others called for faster action to issue title deeds and reclaim irregularly-issued public land.

Hundreds of politicians and experts attended a red carpet breakfast at Kenya’s presidential State House to discuss land, the latest in a series of themed debates broadcast live on national television as Kenya counts down to elections next year.

“Slow cannot be so slow that it cannot bring results,” Manu Chandaria, a noted entrepreneur and philanthropist, said.

“Just get the spaces, get the equipment and I’ll get you 100,000 people, young Kenyans very ready to work on IT, to put all your land registries in order.”

The government is digitising 13 of its 57 land registries to combat corruption and speed up the issuance of titles, which are sometimes issued to multiple owners for the same piece of land.

Anti-corruption watchdog Transparency International has long ranked Kenya’s lands ministry as one of its most corrupt institutions where citizens have to pay bribes to get served.

Chandaria is chancellor of a private university in Kenya’s capital that has gone to court to claim 20 acres of land which were also sold to a Kenyan living in the United States.

Kenyan politicians have illegally granted tracts of land to themselves and their allies for decades, ignoring government inquiries calling for the titles to be revoked, campaigners say.

An independent government body, the National Land Commission, was set up in 2012 to manage public land and investigate historical injustices.

“Any public land that is found to have been given to anybody is going to be revoked,” he said.

Members of the public tweeting in and speaking from the floor called for faster action to reclaim public land, particularly when developers have clearly built illegal structures close to streams and rivers.

“(The developers) rush to court and we get court orders and there is very little you can do in the face of a court order,” said Nairobi Governor Evans Kidero. “The role of courts in maintaining and sustaining impunity needs to be addressed.”

More than 80 percent of public schools in Kenya do not have title deeds, lands minister Jacob Kaimenyi said.

Campaigner Irungu Houghton, who was teargassed by riot police last year in a protest against a wall built around a primary school playground by a private developer, said getting land titles on record was the way forward.

“The more that we are able to digitise and place the information in the public domain…then we will be able to safeguard those properties,” said Houghton, who works with the Shule Yangu Alliance, Kiswahili for Alliance of Our Schools.

He called for better witness protection for whistleblowers, as people are often killed in disputes over land in Kenya.

“Their experience of reporting on corruption is very isolating,” he said. “Many of them are very scared.” (Reporting by Katy Migiro @katymigiro; Editing by Ros Russell; Please credit the Thomson Reuters Foundation, the charitable arm of Thomson Reuters, that covers humanitarian news, women’s rights, trafficking, property rights and climate change. Visit news.trust.org to see more stories.)