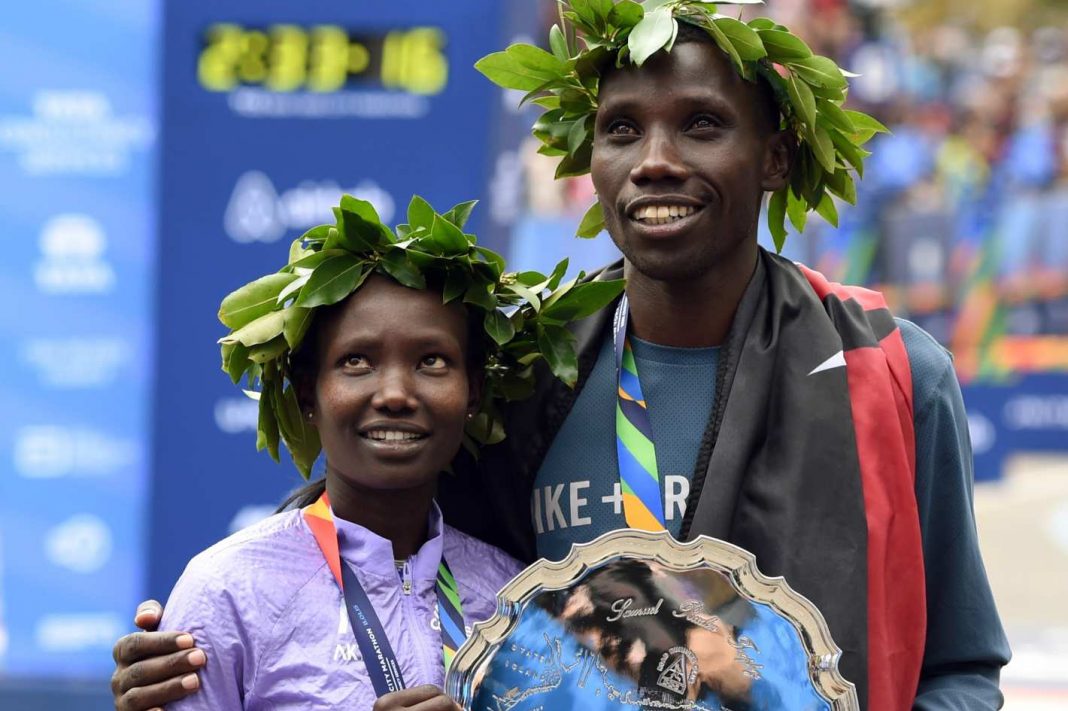 Success would ensure Kenya of a fourth consecutive sweep of New York titles and give Keitany her third straight victory but both runners have some added motivation.

Biwott, the fastest man in the field, won his first major marathon on the New York streets last year, but must erase any doubts about his fitness after dropping out of the Rio Olympic marathon mid-race in August.

“This will be my chance to prove I am still a worthy bet in running,” the 30-year-old London Marathon runner-up told reporters in Nairobi.

Keitany bids to become the first woman in three decades to win New York three consecutive times. Nine-time winner Grete Waitz was the last, her streak of five in a row ending in 1986.

But the 34-year-old Keitany, an overwhelming favourite, also is looking to remind Kenyan selectors once again of their mistake in not picking her for the Rio Olympics.

“I thought I earned a ticket to Rio,” Keitany said on Friday. “So let me just focus on the marathon for New York and come to defend my title.”

Biwott’s biggest threats among the 50,000 runners expected to participate in the race through New York City’s five boroughs are likely to come from fellow Africans Ghirmay Ghebreslassie of Eritrea, Ethiopian Lelisa Desisa and Kenyan Lucas Rotich.

Ghebreslassie finished fourth in Rio and at the London Marathon after becoming the youngest ever world marathon champion last year at age 19.

Desisa, 26, has twice won the Boston Marathon and finished second there this year. He placed third in New York last year.

The 26-year-old Rotich’s credentials are not as impressive, but he continues to improve on the roads and is one of only five men in the field who have broken two hours and eight minutes for the marathon.

One other is three-time Olympian Dathan Ritzenhein, who with a personal best of 2:07.47 is the top hope for the United States, which last won the race in 2009. (Reporting by Gene Cherry in Salvo, North Carolina; Editing by Frank Pingue)