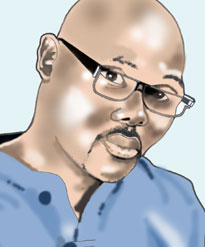 Nairobi (HAN) April 25, 2014, Story Opinion Contributed  by Patrick Gathara – Speaking last week during the commemoration of two decades since the genocide in his country, Rwandan strongman, Paul Kagame, argued that the catastrophe had been decades in the making. 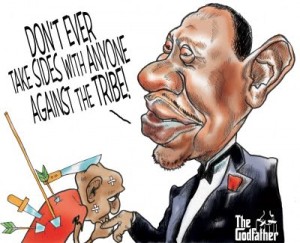 “The most devastating legacy of European control of Rwanda was the transformation of social distinctions into so-called “races”. We were classified and dissected, and whatever differences existed were magnified according to a framework invented elsewhere … The colonial theory of Rwandan society claimed that hostility between something called “Hutu”, “Tutsi”, and “Twa” was permanent and necessary.”

Today, it seems obvious that the murder of 800,000 people was not an overnight event but rather the result of deliberately cultivated hate over a lengthy period. It begins with the classification and dehumanization of people and communities, with “differences magnified according to frameworks invented elsewhere” and leads to “permanent and necessary” hostility, and eventually, disaster.

These are important lessons for the rest of the continent. They are particularly relevant for Kenya today.

Following a series of terrorist attacks across the country, the government has launched a crackdown on supposed criminal and terrorist elements, but one which actually seems to target the country’s minority Muslim and Somali populations.

As the country marks a year since the swearing in of President Uhuru Kenyatta, the venue of his inauguration has been playing host to thousands of almost exclusively ethnic Somalis who have been arrested for not producing proper identification documents.

For many of them, officially sanctioned harassment is nothing new.
For the last half century, Kenyan authorities have treated Muslims and ethnic Somalis with suspicion, seeing them at best as just short of being Kenyan and at worst as a fifth column – the enemy within. In fact, as an essay by Prof. Jeremy Prestholdt of the Department of History, University of Californiastates, “the government of Kenya’s anti-terrorism initiatives have compounded an already deep sense of alienation among those most severely affected by the new measures: Kenyan Muslims, particularly those of Arab and Somali ancestry.”

In colonial times, their status as native Africans was at best ambiguous and in the run-up to independence, a push towards greater autonomy at the coast and the desire of the Somali population in the then North Eastern Frontier to join Somalia heightened perceptions that these communities as traitors to the Kenyan cause. The paranoia of the upcountry elites who took over from the British simply served to reinforce these views.

As the report of the Truth, Justice and Reconciliation Commission showed, for most of Kenya’s independence history, the government has systematically marginalized and oppressed these populations.

Its policy towards them has been one of demonization and collective punishment.
It is a history replete with rape, massacres and other human rights abuses, one in which the “differences magnified according to frameworks invented elsewhere” became defining features of a “permanent and necessary” hostility.

It has to be noted that the same treatment, though not necessarily to the same extent, was meted out to other communities, such as the Luo, who were also perceived as a threat to the Old Establishment.

Seen within the context of this history, the current administration’s actions are perhaps not surprising. Today the language of counter-terrorism is being employed to continue this tradition of dehumanization and delegitimization.

It is a tradition that allows “Kenyans” to identify with the tragedy and triumph of baby Satrin Osinya while remaining blind to the suffering ofSomali infants spending their nights in police cells.

“Refugee” has been made synonymous with illegality and terrorism, with a status undeserving of rights. Like the Kenyan Somalis and the Muslims of the coast, their presence has been shown to be merely tolerated rather than accepted, and deeply suspect to boot.

In these populations, as marginalized even at the centre as they were in the periphery, the government has found a convenient scapegoat for its failures.
According to a report titled Kenya and the Global War On Terror by Samuel Aronson of the London School of Economics “the current anti-terrorism strategy in Kenya neglects the history and geopolitics of the nation and is thus flawed in its most basic capacity.” But I think the reality is a lot more sinister. The government doesn’t ignore this history. It exploits and reinforces it.

What it deliberately ignores is that “Wahabbiism is being rejected by most Kenyan Muslims and that of the roughly 200 mosques in Mombasa, ‘maybe five [can] be considered extremist.'” What it is unwilling to acknowledge is “the difference between radicalized terrorists and theologically conservative Muslims” or that “the predominantly Sunni coastal population takes issues with Sh’ia and Wahhabi foreigners who, according to many on the coast, lure the ‘lesser educated and financial needy Africans away from the true faith.'” It is more convenient to believe “the coastal [and Somali] population is mainly terrorists.”

That makes it easy to distract from the real failures. From the corruption and incompetence of the security forces. From the fact that despite the hundreds of millions of dollars in American aid that has “allowed Kenyan authorities to expand their security infrastructure significantly, this infrastructure has [not] been seen to affect authorities’ ability to identify terrorists, foil terrorist plots, and bring criminals to justice.” That counter-terrorism efforts have been more about ethnic stereotyping and less about intelligence gathering and actual police work.

But worse than that, by following in the footsteps of previous regimes, the government not only makes us all less safe, it perpetuates the very logic of exclusion and isolation that led to the terrible events in Rwanda twenty years ago. As Keguro Macharia eloquently puts it, “Eastleigh–and Somalis via Eastleigh–has become available for genocidal imaginations.”
Sources: http://gathara.blogspot.ca/ Patrick Gathara is a writer, and award-winning political cartoonist.