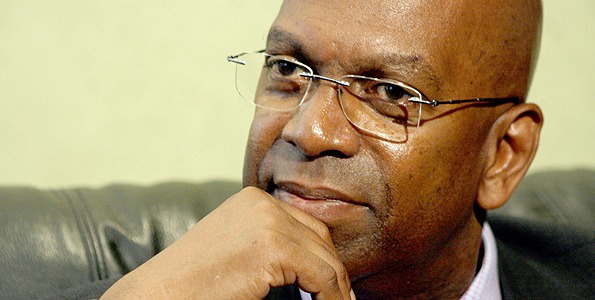 Nairobi October 16, 2015. Public Diplomacy and Regional Security Initiatives News. Safaricom dominates the Kenyan mobile market, sweeping up more than 90 percent of revenues in areas such as voice calls and text messaging, according to regulator data that could further fuel a debate about competition in the industry.

Rivals like Bharti Airtel and some officials have complained that Safaricom’s dominance stifles competition.

The data obtained by Reuters comes as the East African nation is amending the telecom sector’s competition law to give the regulator more powers to penalise companies deemed to be abusing dominant positions in the industry, though what would constitute such abuse is as yet unclear.

Safaricom, in which Britain’s Vodafone has a 40-percent stake, has dismissed accusations it hampers competition, saying it does not abuse its dominance.

Safaricom’s revenues from calls amounted to a 91.63 percent market share in 2014, while its closest competitor, Airtel, had 8.33 percent, according to the data obtained from the Communications Authority of Kenya (CAK).

In text or short messaging services, Safaricom had more than a 90-percent share of total market revenues from that segment, the regulator said.

In mobile data, or internet services, Safaricom’s revenues were 85.50 percent of the market share in 2014, while Airtel had 14.43 percent, Orange had 0.01 percent and Equitel, operated by Equity Bank’s subsidiary Finserve, 0.06 percent.

The figures for Orange are for 2013 as it had not submitted audited accounts for 2014 to the regulator, CAK said.

The regulator usually issues quarterly figures for number of subscribers, which give Safaricom a 67 percent share of Kenya’s 35 million users in June. It also gives traffic volumes for areas such as calls.

He said subscriber numbers and network traffic were a better gauge of how the firm was performing.

The data did not detail revenue from phone financial services, where Safaricom’s M-Pesa service is the most popular offering, allowing users to pay bills or send money even using the most simple mobile phone device.

Analysts say this service draws customers to use Safaricom’s wider telecoms services over its rivals.

Eric Musau, analyst at Standard Investment Bank, said the dominance of a single operator was hurting competition by driving out rivals like Essar and Orange.

He said, however, that some smaller operators were failing due to inadequate capital, frequent shareholding changes and a lack of a sound strategy for the local market.

“I would say one player had a better strategy than the rest,” he added.

CAK said in August that it was amending the telecom sector’s competition law, but said it was not targeting Safaricom or any other company.

It did not aim to penalise any company just for being dominant, but only if there was abuse of its position in the market.

The regulator’s head, Francis Wangusi, said at the time the new regulations would break down the telecoms sectors into segments including mobile and fixed voice, data, text messaging and mobile money transfer services.

“It is too early for us to come up to say ‘Safaricom you are dominant’, because Safaricom can be dominant in certain markets, but not dominant in others,” he said.

“In all these markets, we would not apply the same rules,” he added. Safaricom has opposed the proposed changes saying they could deter investments by targeting large firms.

“The sector is unable to attract new or incremental investments from other international players,” he told Reuters. Orange Kenya gave no specific comment on the figures.