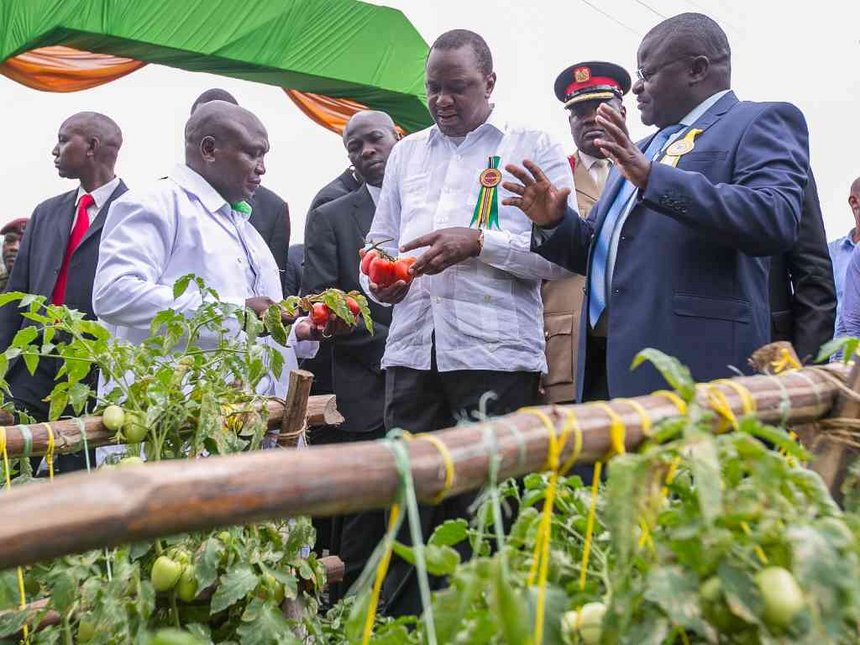 NAIROBI (HAN) September 8.2016. Public Diplomacy & Regional Security News. Kenya has committed to invest more than $500 million in agriculture in the next five years to support farmers through granting them access to fertilisers, finance and markets.

This was announced by President Uhuru Kenyatta during the African Green Revolution Forum (AGRF) at the UN Complex in Gigiri, Nairobi. The financing, pledged jointly with KCB Group will enable more than 150,000 farmers access modern farming technologies, crop insurance and other agricultural technology.

Mr Kenyatta said that this commitment by Kenya was a way to actualise the Malabo Declaration in a bid to boost agricultural productivity in the region.

“Kenya will be setting aside $200 million to go towards improving agricultural productivity in the next five years. I would like to urge African governments to streamline their national plans and strategies to align them to the Malabo Declaration and have specific timelines to achieve the set goals,” Mr Kenyatta said.

The 2014 Malabo Declaration, in Equatorial Guinea commits African countries to devote 10 per cent of their national budgets to agricultural development. These countries also committed to doubling their agricultural productivity and halving post-harvest loss by 2025.

Mr Kagame, whose country Rwanda was singled out as one of the pacesetters in fully adopting the Malabo Declaration, said that it was now important to start thinking about value addition to the agricultural produce from the continent.

“It is still disappointing to see the high levels of food importation in the region. As Rwanda, we are moving ahead and are looking at industrialisation elements through agriculture. We must add value to the raw produce from our farms. We know what needs to be done. Let us just go ahead and do it. We need to link agriculture to other priority sectors; this way we will be able to fight hunger and provide jobs for hundreds of thousands of people,” he said.

President Kenyatta’s office later issued a statement saying that agriculture in Africa is to receive a reported $60 billion boost after political leaders and philanthropists committed themselves through pledges and commitments. Some of the financial support will be channelled through philanthropists such as Bill Gates and David Rockefeller with organisations such as USAid and the African Development Bank (AfDB).

KCB Group chief executive Joshua Oigara said his institution had set aside $310 million to fund agricultural activities in Kenya even as it worked modalities on advancing the facility across its regional operations.

“For agriculture to succeed, it must be owned by the young people who are full of energy. They have the passion but lack the financing required to undertake intensive agricultural projects. We are ready to advance them this money so that they too can become employers and earn a living,” Mr Oigara said.