Home frontpage Kenya: How Insecurity has Changed the Way we Work 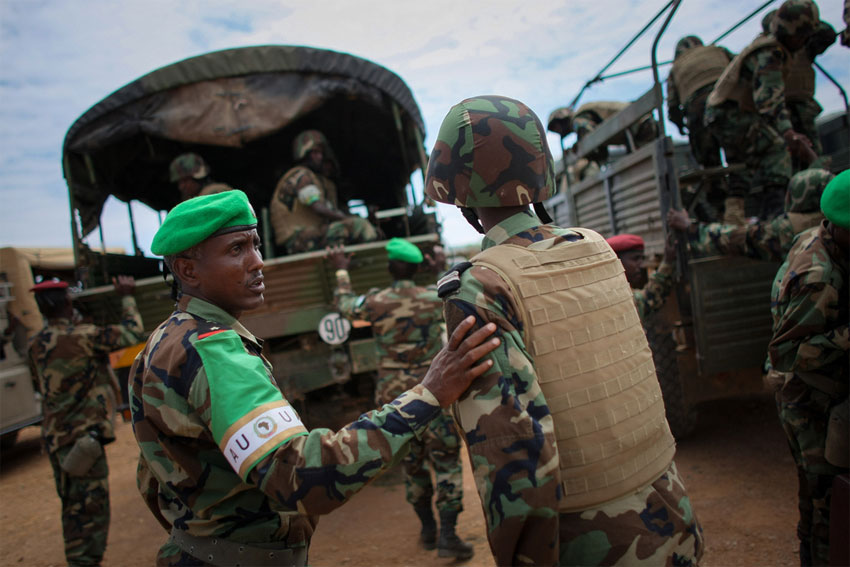 NAIROBI (HAN) February 1, 2016 – Public Diplomacy and Regional Stability Initiatives News. By: Justin Muturi. First, I wish to pay tribute to the men and women who paid the ultimate sacrifice with their lives in Somalia, fighting to keep our nation safe. Our indomitable soldiers, part of African Union Mission on Somalia (AMISOM), are not living a luxury; they are on a mission to root out terrorists and restore order in Somalia and stability in this region.

Let me echo the message of the Commander-in-Chief by saying our nation will not be cowed by people with extremist ideologies. Our forces shall continue to hunt them down wherever they hide until we flush them out, stabilize the region and secure our frontiers. Now, let me bring you to the realities of security in Parliament. When I served as the Member of Parliament for Siakago, the public gallery above Speaker Francis Ole Kaparo was always packed after lunch.

Question Time was really exhilarating. Members of Parliament questioned Ministers on various aspects of their dockets, giving legislators a chance to hold ministers to account on the floor of the house. After that session, many chairs were left vacant in the gallery. Today, Cabinet secretaries are not members of Parliament.

The same public gallery is largely empty save for a few delegations from schools and colleges who visit Parliament on arrangements by the public communications and outreach team in Parliament. I could be wrong, but I think the abolition of the “Question Time” has played a significant role in this matter. On the other hand, it could be an issue to do with security checks. We have become more vigilant and rigorous at all entries to Parliament; perhaps prompting many to do other things than avail themselves for security clearance to enter Parliament’s galleries. The other reason could be broadcasting.

Since live broadcasting of Parliamentary proceedings was started, I suppose members of the public have opted to watch proceedings on television from the comfort of their homes or places of work rather than go to Parliament. But what exactly has led us to where we are today in terms of stringent security arrangements? How do we balance this safety and security aspect with provision of the mandatory openness of Parliament and a guarantee of public participation?

In 2001, terrorists attacked the Parliament of India, a situation that changed the approach to security matters in parliaments around the world. Similar attacks have since happened in the parliaments of Afghanistan, Srinagar, Somalia and most recently, Canada.

It would be foolhardy to think it cannot happen to us. We have, in the recent past enhanced the security apparatus within Parliament, and being the chairperson of the Parliamentary Service Commission (PSC), I have a duty to safeguard the security of Parliament and its precincts as well as the security and welfare of members, staff and visitors.

See Also: Yes, multi-nation pronged efforts will achieve more
And while demonstrations like the infamous #OccupyParliament – through which civil society and activists brought live animals to the gates of Parliament – have been peaceful, we should take note that demonstrators burnt the Parliament buildings in Burkina Faso. All these realities requires that we plan for our security and be ready for any eventualities.

It is also worth noting that Members of Parliament face serious security risks. In early 2008, two Members of Parliament lost their lives in strange circumstances. Early last year, we lost a Member of Parliament in a dastardly way. In the wake of such happenings and others that are silently thwarted, it is critical that we enhance security in and around the precincts of our institution.

The second perspective that I posed requires a sober balance that observes the critical provisions of the Constitution requiring Parliament to be open, vis-à-vis securing the institution. Our Parliament is supposed to be a House of the people, where members of the public access the plenary sittings from the gallery and also participate in committee sessions in accordance with Article 118 of the Constitution.

I am well aware that the number of people who used to fill the public galleries has reduced significantly. In some way, controlled access could have led to this. But should anyone interested in watching parliamentary proceedings from our galleries fear security screening? I wish to encourage members of public who wish to participate or watch debates in Parliament to show up without fear; they will be allowed in.