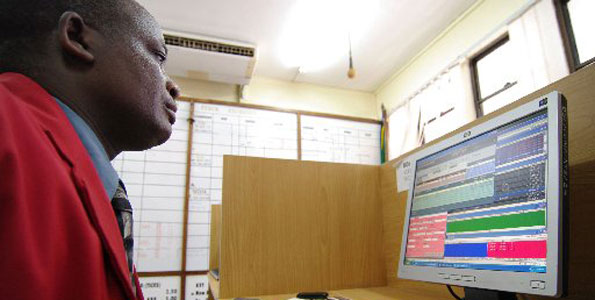 NAIROBI (HAN) January 30, 2016 – Public Diplomacy and Regional Stability Initiatives News. East Africa’s stockmarkets are at the risk of the contagion effects of cross-listed stocks that could to undermine their growth even as the process of capital markets integration in the region gathers steam.

According to analysts, the region’s stockmarkets are bullish after a bear run in 2015 that saw an exit of foreign investors on the back of high inflation, surging interest rates and depreciating regional currencies.

And it is now emerging that regional stockmarkets face the danger of being impacted by stocks that are trading on more than one market.

East African Breweries Ltd, Kenya Commercial Bank (KCB) Ltd and Equity Bank account for over 70 per cent of the market capitalisation of the USE.

“This suggests that the bear run at the USE is likely to persist given the below target performance posted by a number of listed entities at the NSE,” said Stratlink in a market update report dated January 2016.

The declining stock prices on the USE are expected to persist in the run up to the presidential poll scheduled for February 16 and its aftermath.

Uganda Clays Ltd (UCL) is gearing up for the conversion of a Ush19.7 billion ($5.59 million) debt into equity by its largest shareholder National Social Security Fund (NSSF) Uganda in a deal expected to shore up the market this year.

“This debt restructuring is likely to offer support in returning UCL to profitability after two years of losses characterised by about four years of high indebtedness,” said researchers at Uganda’s Crested Capital Ltd.

In Tanzania, the market experienced a bear run for the better part of 2015 driven by an adverse business environment on the back of a tense election cycle.

“With the country still in transition mood, we expect the downturn to persist as investors keep an eye on policy direction indications from the new administration,” said Stratlink in a report.

The planned listing of state-owned power utility firm Tanzania Electric Supply Company (Tanesco), Mufindi Community Bank and Yetu Microfinance to be listed in quarter one of 2016 are also expected to stimulate trading at the bourse.

RSE recorded two listings last year — Equity Holdings Group Ltd and Crystal Telecom Ltd — but beer manufacturer Bralirwa and Bank of Kigali continue bearish and are likely to undermine the market in quarter one of 2016.

Bralirwa, the largest counter by market capitalisation, has been grappling with high costs of production. Its profit for the first six months of 2015 fell 25 per cent.

According to a market report by Sterling Capital Ltd, NSE investors are likely to keep a close eye on Kenya Power due to the rising customer connectivity and Safaricom due its high liquidity, strong corporate governance and financial performance.