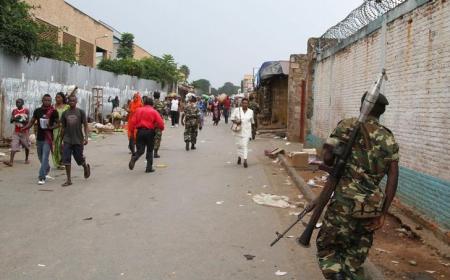 Nine months of violence sparked by President Pierre Nkurunziza’s bid for a third term has left more than 400 people dead in a country that emerged from an ethnically charged civil war in 2005.

Twelve people were injured in the latest blasts.

“There were three simultaneous blasts. The one which hit a bar killed four people including a child who was selling boiled eggs,” said a resident of Kinama neighbourhood where the attacks happened, wishing to remain anonymous.

Vincent Ngendahayo, a local administrator near Kinama, confirmed the death of the child, adding 12 people were injured in the blasts.

At least five people, including security personnel, were killed in separate attacks on Friday. The armed group Republican Forces of Burundi (FOREBU), which opposes Nkurunziza’s bid, claimed on Saturday its fighters were involved in the Friday killings.

The African Union said on Friday it had appointed five heads of state to try to convince the government of Burundi to accept a peacekeeping force that its leader has rejected.

The bloc’s Peace and Security Council announced plans in December to deploy a 5,000-strong force, saying it could invoke an article of the AU’s charter that allowed it to intervene whether or not the government agreed.

Nkurunziza, however, is steadfastly opposed to the plan, saying its deployment would amount to an invasion.