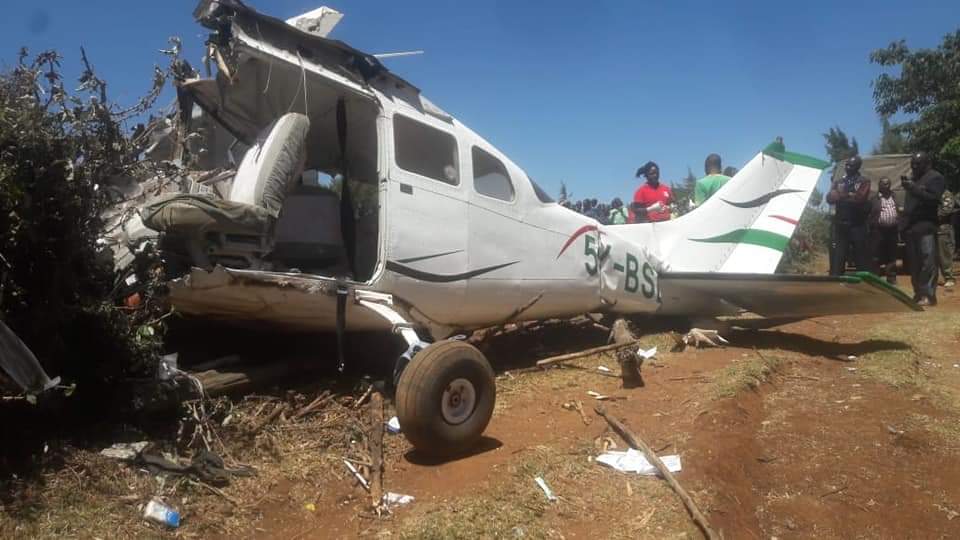 Witnesses saw the plane clip a tree as it attempted an emergency landing and crashed in a field in Kericho county west of the capital Nairobi. The Kenyan pilot and another passenger, of unknown nationality, also died, the police source said.

“The plane clipped the tree and the rear wheels came off,” said farm worker Joseph Ng’ethe. “It then careened and crashed into another tree in front and into the ground.”

The Kenya Civil Aviation Authority (KCAA) said it received a distress signal from the plane, with registration 5YBSE, which was flying from the Maasai Mara wildlife reserve to the northern county of Turkana when it crashed.

“This prompted our Search and Rescue team to initiate an emergency mission,” KCAA said, adding that it had started investigations.

The American fatalities were a man and two women, the source said.

Witnesses said the plane was making odd sounds as it approached the field. The pilot gestured at farm workers on the ground below to move away before the rear hit a tree, they said.

Last year, eight passengers and two pilots were killed when a single turboprop Cessna Caravan plane operated by local firm FlySax on a domestic flight to Nairobi crashed into a mountain. (Reporting by Humphrey Malalo and Duncan Miriri; Editing by Andrew Cawthorne)