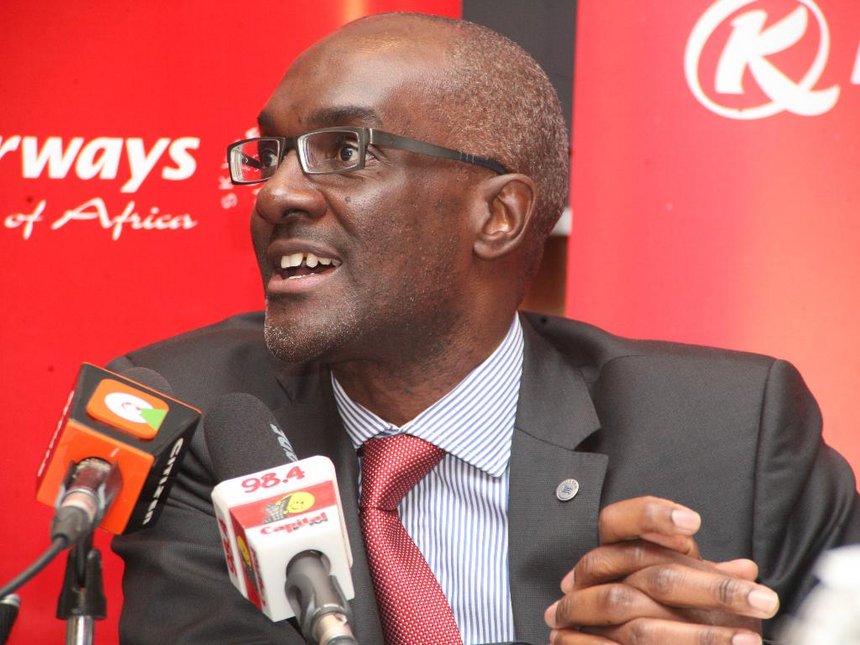 NAIROBI (HAN) August 13.2016. Public Diplomacy & Regional Security News. By ALLAN OLINGO. Kenya Airways has increased its capacity and frequency on African routes in a bid to come out of the red.

In a statement, the airline said that it has increased capacity on African routes by 15 per cent.

“This was achieved through increased frequencies to some African destinations, and the upgrading from B737s to B787s and from Embraer E190 to B737s on certain African routes,” said KQ, adding that the revision has enabled it to improve connectivity and allowed it to sell flights to more destinations within the network.

During its full-year financial results briefing, KQ chief executive Mbuvi Ngunze said that its turnaround plan was to ensure that its planes are flying “to the right places.”

In its results for the first quarter of this financial year ended June, KQ said it has revised its network to increase connectivity through Nairobi to have a greater presence in Africa. This comes barely a month after reporting an after-tax loss of $262 million in the 12 months to March this year, up from $257 million a year earlier.

“From a turnover and direct operating costs analysis point of view, about half of the 54 routes are not contributing positively and we are working to turn this around,” said Mr Ngunze.

The revision has led to an increase in numbers from African markets: West Africa reported the highest increase at 15 per cent due to resumption of flights after the Ebola epidemic, coupled with the reintroduction of flights into Bangui. The Djibouti via Addis Ababa route represented an increase of 9 per cent in North Africa.

“Passenger numbers in West Africa increased by 28 per cent to 85,079, while in Central Africa and North Africa there was an increase of 20 per cent to 44,887 passengers and 2 per cent to 48,628 passengers respectively,” the airline said.

The airline’s move to change the aircraft on its India and Middle East routes from the wide-bodied B777s to B787s to the narrower B737s could have led to the 28 per cent drop in passenger numbers.

“The change of fleet to India led to a reduction in traffic uptake by 15 per cent while the Middle East and Far East regions were at par with prior years. Passengers to and from India were 14 per cent below prior years, despite the capacity reduction of 28 per cent due to the deployment of the narrow-bodied aircraft,” the airline said.

KQ’s change of operations on the London route seems to be affecting its bottom line, with its capacity to Europe down by 17 per cent. The airline replaced the B777s with the more fuel-efficient B787s to service this route.

In March, KQ sold its prized Heathrow landing slot to Oman Air and leased an afternoon one, in a bid to cut the hours its planes remained on the ground at the airport.

“The disposal of KQ’s London morning arrival slot was made in conjunction with Air France, which sold a departure slot in the morning. The transaction fetched KQ $53 million, approximately $15 million more than the highest similar transaction for Heathrow Airport,” Standard Investment Bank revealed in a report.“Despite the decrease of capacity in Europe the uptake of traffic declined by only 8 per cent to 610 million compared with the same period last year,” KQ said.