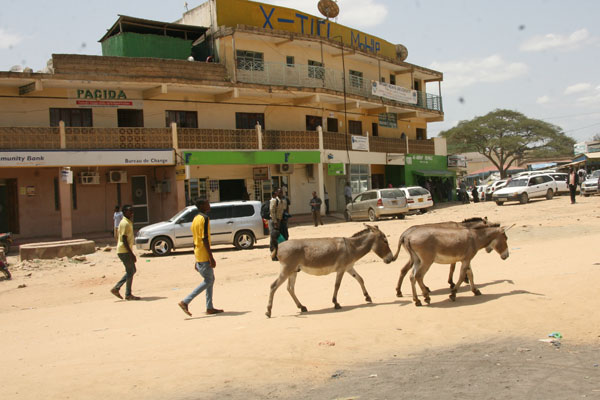 NAIROBI (HAN) February 17, 2016 – Public Diplomacy and Regional Stability Initiatives News. By: Lilian Ochieng. Construction of the Sh843 million Moyale one-stop border post will be complete by May this year. The project is expected to immensely enhance trade between Kenya and Ethiopia.

The border post funded by the African Development Bank (AfDB) is a trade facilitation project under the Mombasa-Nairobi-Addis Ababa Road Corridor project.

Kenya and Ethiopia signed a bilateral agreement in 2011 to develop the joint corridor and road to enhance cross-border trade.

Principal Secretary for Infrastructure John Mosonik last week told Smart Company that the construction began in February last year adding that, “approximately 65 per cent of the works have been done and the works are expected to be complete by May 2016.”

It is expected that completion of the border post will enable seamless clearance of goods and people across the borders. Further, the border post will complement construction of Isiolo – Moyale Development Corridor which forms part of the strategic transport corridor linking Mombasa Port to Addis Ababa.

The 503km Isiolo-Moyale has been in poor condition since 2008, hampering transport and hence stifling trade between the two countries. At the moment 461km of the road is done with the remaining 42km set for completion by September this year.

The road is part of the Lamu-Port-South Sudan Ethiopia Transport (Lapsset) corridor funded by the government and the European Union at a cost of Sh13.7 billion.

The border post is expected to consolidate custom functions between the two countries under one roof. It will then harmonise border control regulations and procedures enabling speedy and effective border control mechanisms.

A recent study by the African Trade Policy Centre (ATPC) indicates that Ethiopia pays heavily for using the Port of Djibouti to import goods. At some point, this has seen the economy of the landlocked country stagnate.