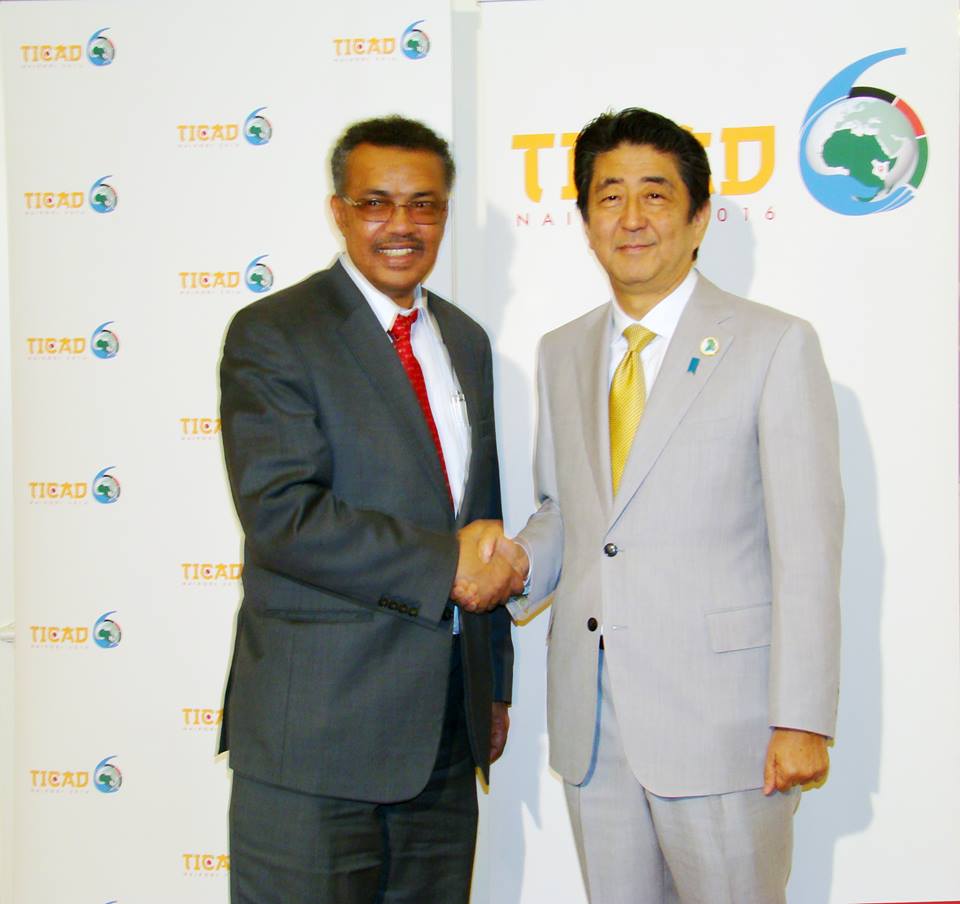 Japanese Prime Minister Shinzo Abe held discussions with leaders of the Intergovernmental Authority on Development (IGAD) and Common Market for Eastern and Southern Africa (COMESA) on the margins of the 6th TICAD summit in Nairobi, Kenya today (August 28, 2016).

On the occasion, Prime Minister, Shinzo Abe noted that Japan is keen to collaborate with IGAD and COMESA member states in a range of areas including, trade, education, agriculture, security issues, science and technology and infrastructure development.

Mindful of the fact that the economy across IGAD and COMESA regions is hugely based on agriculture, Ethiopia’s Minister of Foreign Affairs and Chairperson of the IGAD Council of Ministers, Dr. Tedros Adhanom called for Japan’s cooperation to streamline along the continents’ efforts of enhancing agricultural productivity and expanding industrialization.

The Minister underlined that Japan and COMESA and IGAD regions should also join hands in the financing of joint regional projects.

He further emphasized on the need to forge cooperation in maximizing the transfer of knowledge and technology through Kaizen philosophy and the Abe initiative.

The two sides should further works together in the realization of Universal Health Coverage, the Minister added.