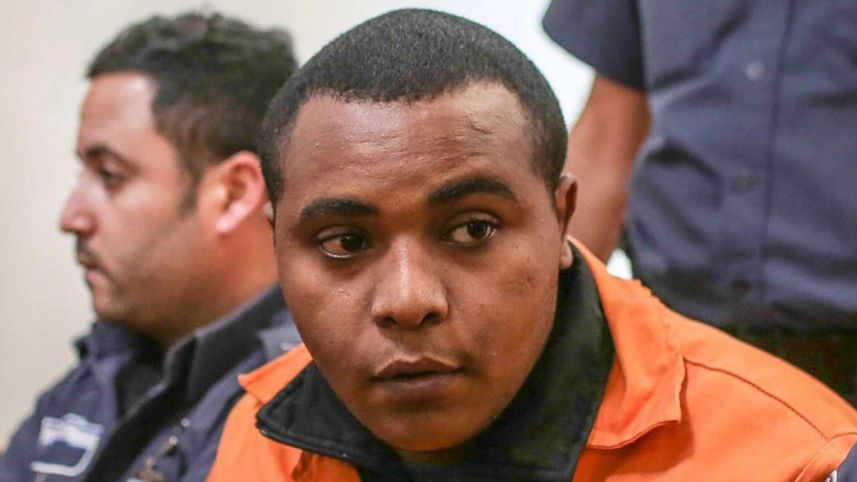 Jerusalem (HAN) June 28.2016. Public Diplomacy & Regional Security News. Yonatan Heilo, who was convicted of manslaughter for killing a man who raped him, asked President Reuven Rivlin to pardon him on Sunday.
“As someone who has seen his pain and suffering and that of his family, I turn to you with this request, esteemed president, as Yonatan Heilo’s mouthpiece, to weigh considerations of kindness and compassion and to grant him mercy,” wrote his attorney, Alon Eizenberg, on his behalf.
About 10 days ago, 65 Knesset members asked the president to pardon Heilo, who has so far served five years of his 12-year sentence.
“Yonatan Heilo never intended to hurt the deceased, and he acted as he did out of certainty that he was going to be raped once again,” Eizenberg wrote. “Society has no need to distance him from its ranks, and it’s possible to make do with the five years he has already spent behind bars. Yonatan Heilo is a young man who has undergone greater trouble than he could bear. In life, the deceased abuse him, and in death, he has sentenced him to grow up behind prison walls.”
Heilo, who is now 29, underwent years of abuse in the underprivileged Netanya neighborhood where he grew up. His chief abuser was Yaron Eilin, a dominant and threatening figure in the local Ethiopian community, who abused Heilo both physically and emotionally, and extorted money from him. Heilo told police investigators that Eilin had forcibly sodomized him twice.
In May 2010, Eilin accosted Heilo and demanded he pay him 1,000 shekels ($260) “by tomorrow or the day after,” or he would “get a beating.” Eilin turned around to urinate in an empty lot. Heilo then choked Eilin and then hit him on the head with bricks, killing him.
Heilo was initially convicted of murder and sentenced to 20 years in prison. Last May, despite the large public support for Heilo, the Supreme Court rejected his claims that his difficult life and fear of further sexual and other abuse granted him the right to self-defense. However, the Supreme Court partially accepted his appeal, changing the murder charge to manslaughter and reducing the sentence to 12 years. He has served five years of his sentence so far.