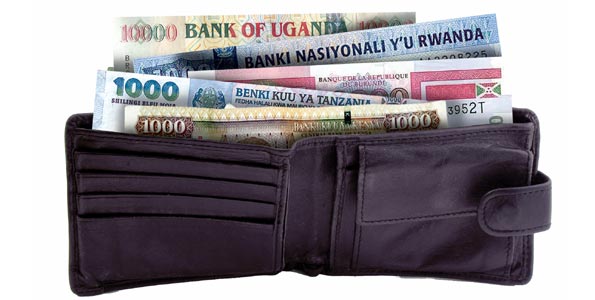 NAIROBI (HAN) January 12.2017 Public Diplomacy & Regional Security News.By ALLAN OLINGO. The New Year pressure from importers seeking to firm up their dollar positions in a bid to meet their requirements has seen all the regional currencies come under pressure, losing to the dollar.

The Kenyan shilling recorded the biggest loss, touching a 15-month low of 103.60/80 against the dollar on Thursday, mainly due to a surge in demand by importers.

The shilling last hit such lows in August 2015, when it traded at 103.90. The Central Bank of Kenya has recently been under pressure, spending $337 million in December alone to prop up the currency.

Analysts from Cytonn Investments say that despite the Kenya shilling remaining stable despite the 25 bps hike in the Federal Funds Rate last month, there has been a reduction in the country’s reserves, an indication the CBK has been using the funds to keep the currency stable.

“On a year-to-date basis, the shilling is flat against the dollar. However, in recent weeks, we have seen the forex reserves reduce to $7 billion in December, from $7.8 in October 2016, which has led to the decline in the months of import cover below the one-year average of 4.9 months, and is currently at 4.60 months. This is worrying as the rate of decrease in the reserves could be an indication that the CBK is using a lot of reserves to support the shilling, and may continue to do so in the near-term given the global strengthening of the dollar,” the Cytonn analysts said.

Currently, the reserves stand at $6.97 billion, an equivalent of 4.56 months of import cover, while the CBK was in the market this week with an unspecified amount of dollar sale in a bid to cushion the shilling, which is still expected to remain under pressure.

On a year-to-date basis, the shilling, as at the end of 2016 had gained 1.01 per cent against the dollar, according to data from Bloomberg Markets Index.

“We are seeing a lot of demand from importers, especially from the energy sector. The higher prices of oil at the start of the year are also at play,” Gerishon Kinori, a treasury dealer at Bank of Africa said.

On December 10, major oil producers under OPEC persuaded eleven non members to cut production by 558,000 barrels per day. This came on the backdrop of OPEC countries reducing their production by 1.2 million barrels a day. This has since seen the price per barrel rise to $56.86 as at Friday, up from a low of $34, which it traded at the start of last year.

In Uganda, the shilling has also come under pressure from importers, which has seen commercial banks pick up dollars in anticipation of a surge in demand from importers.

At the end of the week, commercial banks quoted the shilling at 3,623/3,620 units against the dollar, from mid-December trading of 3,565/3561, according to data from Bloomberg Markets Index. On a year-to-date returns, the currency has appreciated by 0.75 against the dollar.

“We are expecting the currency to experience some slow and gradual depreciation against the dollar spurred by some demand from importers and banks, which are seeking to defend their positions in the market,” Benon Okwenje, trader at Stanbic Bank Uganda said.

Uganda has also seen a drop in its foreign direct investments last year to $776 million from $946 million the previous year, on the account of delayed issuance of oil production licences, which has also partly contributed to the weak dollar inflows.

Stephen Kaboyo, the chief executive of Alpha Capital Partners said that poor inflows from diaspora remittances in the past two months has also contributed to the weakening of the currency.

“The Uganda shilling was on the back foot in the first full trading session of the year, inching lower as both global and domestic market dynamics weighed in. The dollar flows were scanty as exports were expected to underperform while the end of year diaspora inflows were not significant. We have also seen a spike in dollar demand from importers and commercial banks, with the latter seeking to cover short positions. This explains the depreciation,” Mr Kaboyo said, adding that the shilling will remain vulnerable to the domestic macro-economic imbalances and the global dollar strength, as these two factors will continue to place the currency at risk of weakening further.

In Tanzania, the strong demand of dollars from the energy and manufacturing sectors out to make payments for imports is expected to put pressure on its currency throughout the month.

Already, the Tanzanian unit has seen its position weaken this week to trade at 2191/2186 units, down from last week’s position of 2,178/2,183. The depreciation has been blamed on importers seeking to firm up their positions after a lull over the holidays.

“We are seeing a slow ease of the liquidity tightness of the shilling but this is negated by a subdued inflow of dollars into the market yet we are seeing robust growth in the construction and infrastructure sectors, whose demands for the greenback is growing,” Mohamed Laseko, a dealer at CRDB Bank said.

Bank of Tanzania director of financial markets, Alexander Ng’winamila said that they would be ready to step in and take steps to stabilise the shilling from further depreciation if the need arises.

“We will be expecting foreign exchange inflows in the second quarter so our dollar positions should improve then,” he said.