Home frontpage Ilwad Elman Among 21 Experts For the Progress Study on Youth, Peace... 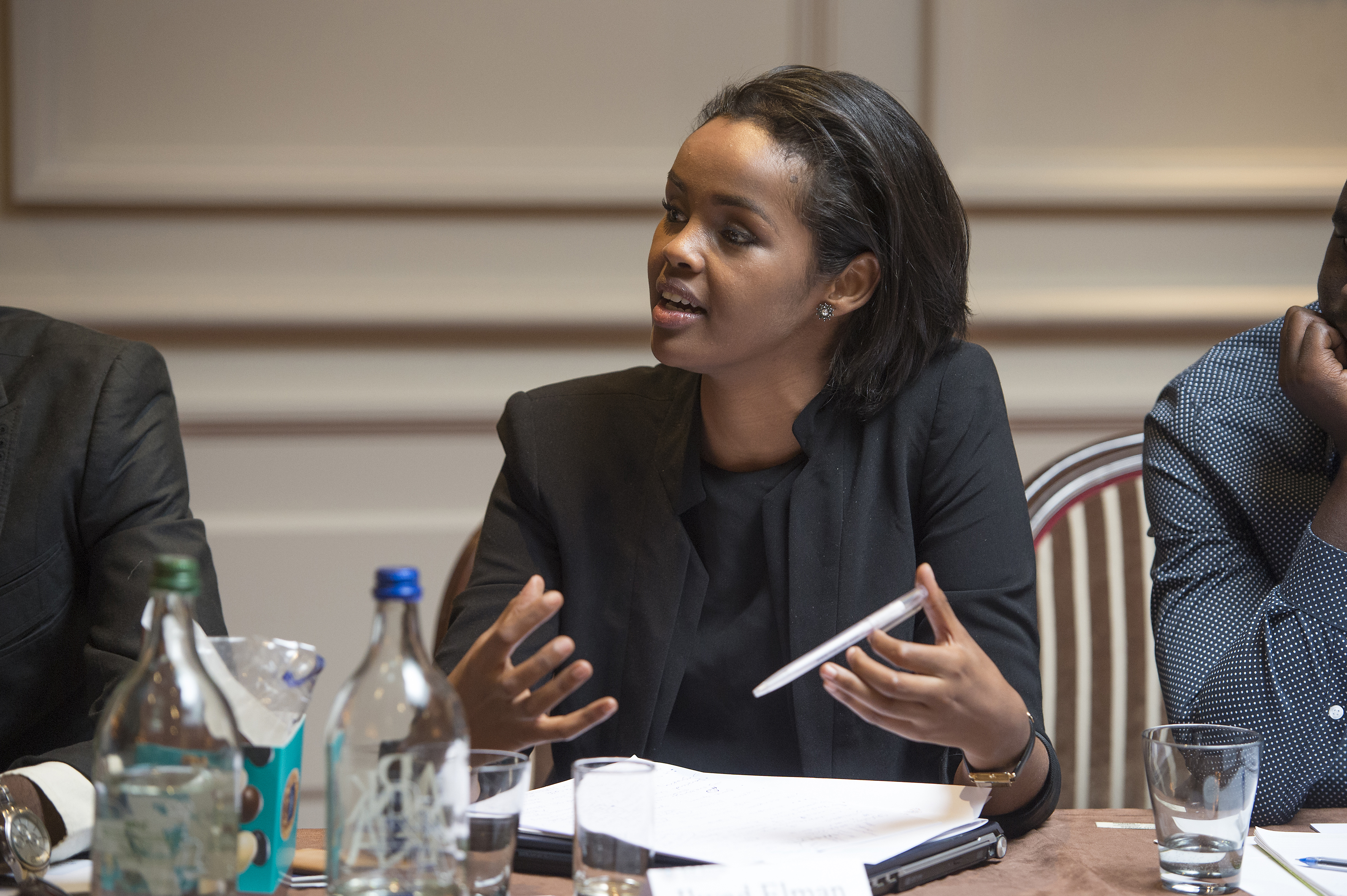 12 August 2016 – Secretary-General Ban Ki-Moon today appointed Graeme Simpson (South Africa) as lead author for the Progress Study on Youth, Peace and Security, as well as 21 experts who will form an advisory group and work in close collaboration with him.

The Secretary-General will make the official announcement in a speech at Calgary University tonight on the occasion of International Youth Day.

The resolution requests the Secretary-General “to carry out a progress study on the youth’s positive contribution to peace processes and conflict resolution, in order to recommend effective responses at local, national, regional and international levels.”

Mr. Simpson, is the Director of Interpeace USA and has worked as a global specialist on peacebuilding, conflict and violence with national and international civil society organizations, governments and multilateral agencies for more than 25 years.

“The composition of the Advisory Group of Experts reflects the aspiration of the progress study to enhance young people’s participation as political actors in the field of peace and security,” said Oscar Fernandez-Taranco, Assistant Secretary-General, UN Peacebuilding Support Office, whose office is the co-chair of the Inter-agency Working Group on Youth and Peacebuilding. “We are pleased to have such a diverse Advisory Group, including many young people from around the world, and feel this marks a vital shift towards the United Nations working in even more inclusive ways.”

The Advisory Group is unique in its significant representation of young people and women; nine members are young practitioners and twelve are women.

“The Advisory Group brings together distinguished individuals with a wide range of experience to help inform the Progress Study and strengthen the design of more innovative policy solutions for engaging young people in conflict resolution and peacebuilding,” said Ahmad Alhendawi, the Secretary-General’s Envoy on Youth. “The fact that almost half of the members of the group are young people reinforces the UN resolve to work with and for young people.”

Advisory Group members have worked on a wide range of issues, including youth empowerment, enhanced political participation of women and youth, gender equality and peace, violence prevention and youth development.

“The establishment of such a talented and dynamic Advisory Group, and the appointment of someone with the experience and stature of Mr. Simpson gives renewed energy and hope to all of us who are committed to seeing resolution 2250 bring new opportunities for young people and governments alike,” said Shamil Idriss, President & CEO of Search for Common Ground.

The lead author and Advisory Group members will work together with Progress Study partners from the UN and civil society to ensure the process is inclusive and actively engages young people around the world.

“I’m thrilled with the appointment of Graeme Simpson as the lead author to establish the basis upon which the implementation of the UNSCR2250 will be formed. The contribution of young people to peace and security has been ignored in the past but this announcement foretells a brighter future for young people. Without the meaningful and active participation of young people in peace and security issues, the quest for global peace will be an illusion,” said Gwendolyn Myers of the Messengers of Peace Liberia and member of UNOY’s Peacebuilders’ Youth Advocacy Team. “We ask for all young peace advocates to support this initiative and call on world leaders to encourage youth engagement in peace, security and stability matters.”

The findings and recommendations of the Study will be presented to the Security Council in December 2017, on the second anniversary of the adoption of resolution 2250 (2015).