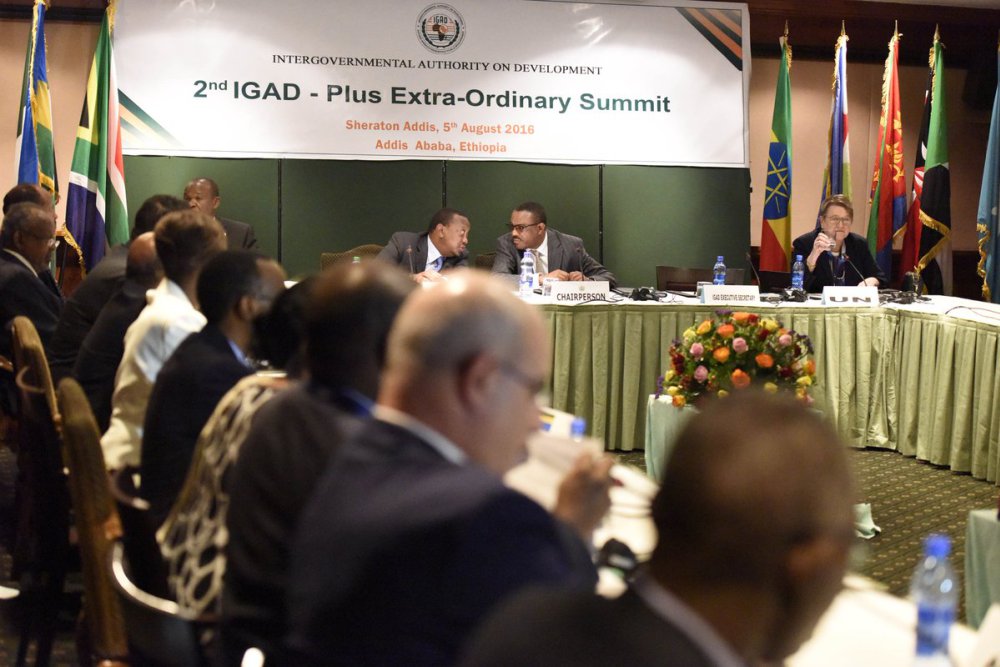 KHARTOUM (HAN) August 6.2016. Public Diplomacy & Regional Security News. Leader of the East African block have decided to send a regional force to the South Sudan to protect civilians and to back the reinstatement of Riek Machar as First Vice President to ensure the implementation of a peace agreement they brokered in August last year.

The Intergovernmental Authority on Development (IGAD) heads of state and government and the African Union Ad-hoc Committee on South Sudan, referred to as the IGAD Plus met to discuss the situation in South Sudan in Addis Ababa on Friday.

The meeting was attended by all the IGAD leaders, except President Salva Kiir who dispatched the newly appointed First Vice President Taban Deng Gai. JMEC and UNMISS chiefs were part of the meeting which was chaired by the Ethiopian Prime Minister Hailemariam Desalegn. 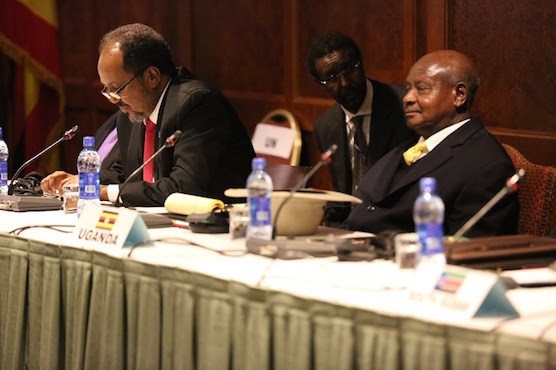 “The IGAD leader unanimously decided to work to stop the fighting in South Sudan and secure Juba through a regional force to be agreed by the chiefs of staff of the armies of the east African block ,” said the Sudanese Foreign Minister Ibrahim Ghandour after the return of President Omer al Bashir from Addis Abba on Friday evening.

Ghandour further said the meeting has “called for a dialogue between Kiie and Machar, agreed to work for Machar’s reinstatement as First Vice President, and to implement the security arrangements as provided in chapter II of the peace agreement in order to stop definitively the fighting and move forward towards the full implementation of the agreement”.

The Sudanese top diplomat who accompanied al-Bashir to the meeting pointed that these decisions have been adopted unanimously with the participation of Taban Deng, “who expressed his willingness to work with IGAD and its partners in order to implement these decisions”.

A detailed statement on the outcome of the meeting would be released on Saturday.

After the meeting, South Sudanese information minister Michael Makuei Lueth, expressed his government support to the decisions of the IGAD summit, saying the regional force is “a protection and not intervention force”.

The South Sudanese government “will take part in the arrangements for those troops to be deployed in specific areas of southern Sudan” Lueth further said in a statement to Anadolu.