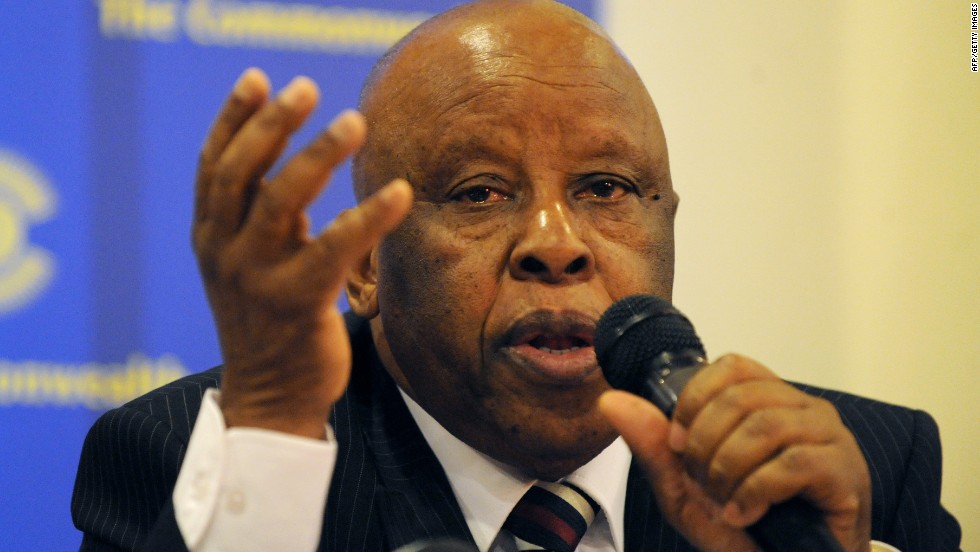 ADDIS ABABA (HAN) October 19, 2015 – Public Diplomacy and Regional Investment Initiative News.  The East African regional bloc, the Intergovernmental Authority on Development (IGAD), has appointed former president of Botswana, Festus Gontebanye Mogae, to head the monitoring commission to be set up to monitor the implementation of the peace agreement signed between South Sudan’s warring parties. In a letter of appointment which Sudan Tribune obtained, IGAD chairman said the decision was reached after a lengthy consultation among heads of state and government in the region.

“In my capacity as the Chairman of the IGAD Assembly of Heads of State and Government and in accordance with the Agreement on the Resolution of the Conflict in the Republic of South Sudan, and following wider consultations between leaders of the IGAD region and our partners, I am pleased to inform Your Excellency that the Heads of State and Government of IGAD have appointed you to chair and lead the Joint Monitoring and Evaluation Commission (JMEC),” partly reads the letter signed by the Ethiopian Prime Minister, Haile Mariam Desalegn, who chairs IGAD.

“JMEC is a mechanism established by the Agreement as a vital institution necessary to encourage and support the South Sudan signatory parties to the Agreement to implement it in good faith,” he explained.

He commended the ex-president for accepting “heavy responsibility” of monitoring the implementation of the peace agreement between the rival parties in the world’s youngest nation.

Mogae was the third president of Botswana from 1998 to 2008 when he voluntarily stepped down for his successor.

Before getting elected to the presidency, he served in many capacities including being the Chairman of Southern African Development Community (SADC) Council of Ministers from 1992 until 1996 and vice president of his country. By virtue of his position as vice president, he was also leader of the House for Botswana National Assembly.

In 1989, Mogae was awarded the Presidential Order of Honour of Botswana followed in 2003 with the award of the highest honour of the Republic of Botswana, Naledi Ya Botswana — Gaborone.

He holds numerous other honours and awards at the local, regional and international levels. (ST)