NAIROBI (HAN) September 21.2016. Public Diplomacy & Regional Security News. By SANDRA CHAO-BLASTO. The growth of e-commerce in Africa has led to an increase in demand for warehousing facilities, the new report by property management company Knight Frank has shown.

The Logistics Africa 2016 report notes that international retailers have increasingly demanded properties suited to the efficient fulfilment of online orders.

“Africa’s online retail sector has started to grow at a fast pace, driven primarily by the increased penetration of smart mobile devices into the continent’s markets,” the report showed.

Knight Frank estimates that warehousing and logistics sector grew by 24 per cent over the past 10 years in Africa.

A growing shift to e-commerce in parts of the region has in the last five years seen an increase in ecommerce site ranging in a variety of products from fast moving goods to vehicles and online restaurant bookings. 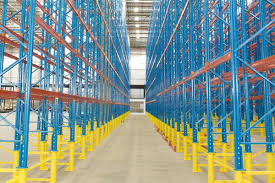 Sites such as Mama Mike, OLX, Brighter Monday, HelloFood and Jumia — which has several brands in Kenya and Uganda including Jumia House, Jumia market, Jumia cars and Jumia food — continue to attract buyers who do not have to leave the comfort of their homes to make purchases as new ones emerge daily.

Good customer service and timely delivery of goods by motorcycle riders remains the advantage that the e-commerce platforms seek against each other in gaining the market share.

Poor transport infrastructure and traffic congestion continues to be a nightmare for the ecommerce sites as well as the logistics companies they have partnered with for deliveries. The poor quality of road and rail networks forces companies to transport most of their cargo by air ultimately increasing the cost to customers.

“The cost of moving goods in Africa is, on average, estimated to be two or three times higher than in developed countries and transport costs can represent as much as 50-75 per cent of the retail price of goods,” the report said.

Among the innovative ways that firms across the region are using to circumvent the transportation crisis is the use of drones to make deliveries.

“Drones could allow logistics operators to move goods to locations without reliable road networks and may prove to be a “leapfrog” technology for Africa, in the same way that mobile telecommunications have allowed many Africans to skip fixed-line networks and move straight to wireless technology,” says the report.

The delay in approving use of drones has been occasioned by the National Security Advisory Committee which is yet to okay the regulations on commercialisation of the aerial devices which will limit civilians to flying them at a height of not more than 400 feet.

US online retail giant Amazon announced in July it would test its Amazon Prime Air service that is expected to deliver packages to its customers using drones after the US Civil Aviation Authority gave its nod.