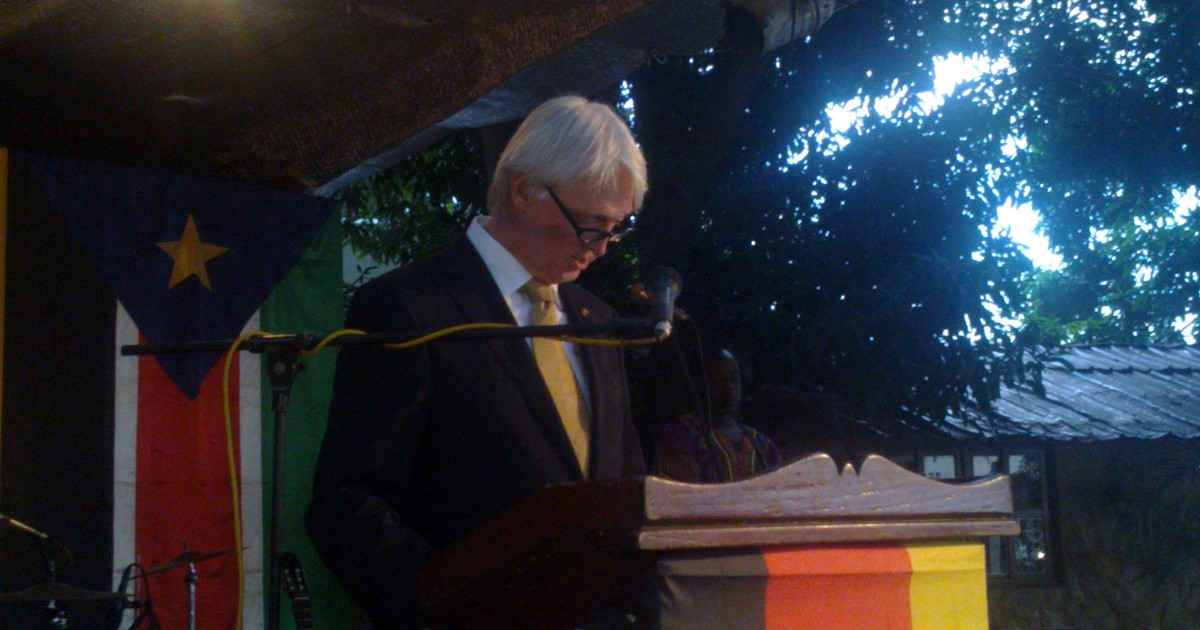 Germany has, in the wake of the deteriorating situation in South Sudan, “temporarily” closed its embassy and evacuated its nationals from the country.

“There was street to street fighting directly in front of the homes of many employees and aid workers, after four days of heavy fighting, which we had to witness up close, there remained no other option but to evacuate,” Johannes Lehne, the German envoy toldRadio Tamazuj

Germany evacuated all it staffs and nationals from South Sudan after clashes between the country’s rival forces killed hundreds.

Several countries, including the United States, United Kingdom, Uganda and Sudan also evacuated their citizens from South Sudan, but their embassies are still operating.

On Friday, however, the German Air Force airlifted about 200 of its national and some from other countries to Entebbe, Uganda.

US TROOPS IN JUBA

The United States President Barrack Obama on Thursday said 47 American soldiers have been deployed in South Sudan to protect the American embassy and the staff.

“In response to the deteriorating security situation in South Sudan, I have ordered the deployment of additional U.S. Armed Forces personnel to South Sudan to support the security of U.S. personnel, and our embassy in Juba.,” the White House said in a letter to the Speaker for House of Representatives and Senate President.

The first of these additional personnel, approximately 47 individuals, reportedly arrived in the South Sudanese capital, Juba on 12 July, 2016, supported by military aircraft.

Although equipped for combat, these additional personnel are deployed for the purpose of protecting U.S. citizens and property,” the letter reads in part.

The US embassy in Juba evacuated non-essential staffers out of South Sudan, while South Sudanese working in the embassy were asked to stay away from the premises.

Obama said the American soldiers will remain in the country until the security situation improve but added that more troops might be sent to the country if needed.

“Additional U.S. Armed Forces, including approximately 130 military personnel currently pre-positioned in Djibouti, are prepared to provide support, as necessary, for the security of U.S. citizens and property, including our embassy in South Sudan,” it stressed.

The US sent troops to Juba the onset of conflict in December 2013 to guard its embassy. (ST)