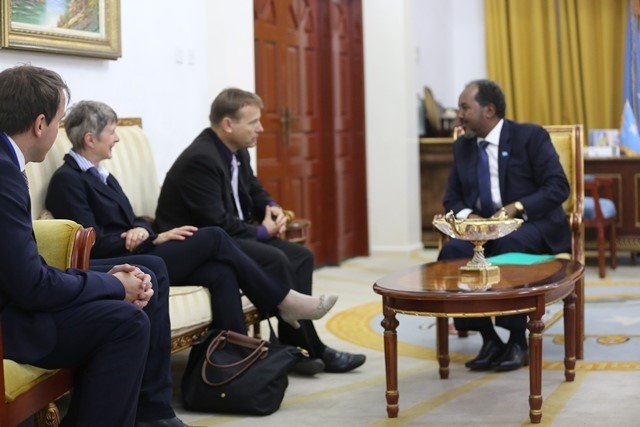 MOGADISHU (HAN) August 8.2016. Public Diplomacy & Regional Security News. President of the German delegation reports and other election activities Mogadishu. The President of the Federal Republic of Somalia, Hassan Sheikh Mohamud, the President received a delegation led by the Director General of the Ministry of Foreign Affairs of the Federal Republic of Germany in the affairs of other African countries in sub-Saharan Africa, Ambassador Georg Schmidt. 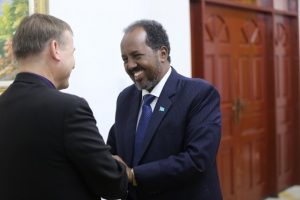 The President and his delegation have discussed bilateral relations, issues of selection Somalia, rebuilding the Somali National Army, regional security, refugees to return the country to return to, and to revive the cooperative institutions, vocational learning to for the benefit of the Somali people. The President has asked the delegation to convey greetings from the Prime Minister of Germany, Angela Merkel, the German government and the public. Ambassador Schmidt also welcomed the progress, he believes that the government will stand on its own feet, and the international community including Germany will play its role. The meeting was attended by officials from both sides.