Home frontpage Former Somalia PM Dies at The Age of 85 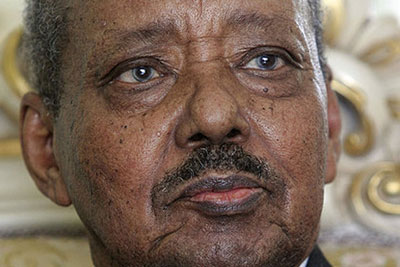 MOGADISHU(HAN) August 20.2016. Public Diplomacy & Regional Security News. Somalia’s president has announced the death of a former prime minister who lost a long court battle in the United States over accusations of killing and torture.

President Hassan Sheikh Mohamud on Saturday called Mohamed Ali Samantar a “genius” who had done a lot for his country.

Samantar died in Virginia at age 85. The cause of his death was not specified.

He served as prime minister, vice president and defense minister throughout the 1980s under dictator Siad Barre before the regime in the Horn of Africa nation was overthrown in 1991.

Samantar later moved to the United States. A U.S. judge in 2012 awarded $21 million to seven people who sued him over alleged human rights abuses, ending an eight-year legal battle that reached the U.S. Supreme Court.