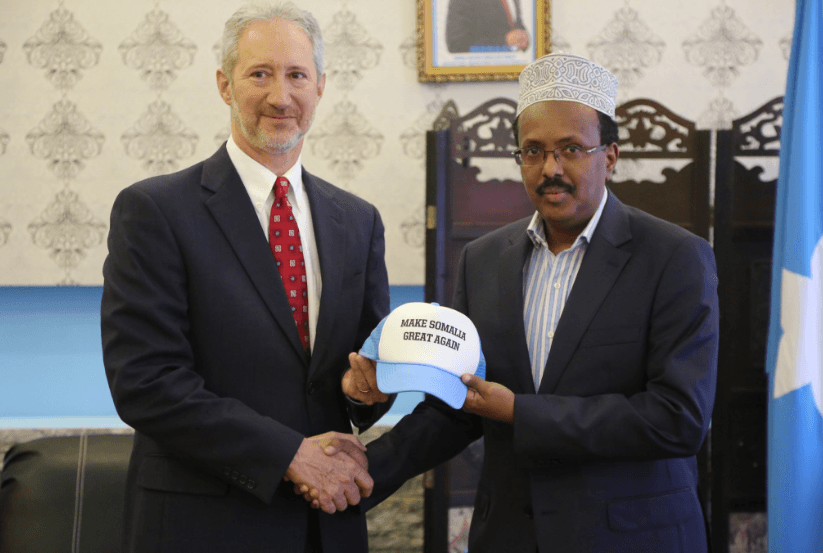 Share on Facebook
Tweet on Twitter
Mogadishu (HAN) November 3rd, 2020. Public Diplomacy and the 2020 Presidential race.
According to BBC News reports, The US President Donald Trump’s ubiquitous Make America Great Again cap has now made inroads into Somalia, but in a slightly unusual fashion.
Nevertheless, President Mohamed Farmajo had a discussions with the White House to have his country removed from the list and he said 2017,

“It is part of my responsibility to talk about this issue with the US government by conveying our message to the president and his government that the Somali people are really good, hard working people.”

“They raise their families in the United States. So we will see if he can change that policy and exclude Somalis from that list.”