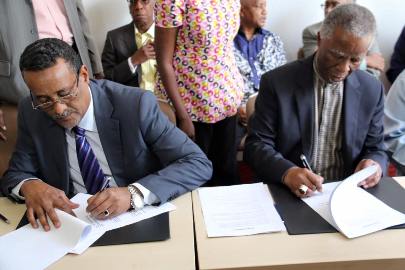 KHARTOUM (HAN) June 28.2016. Public Diplomacy & Regional Security News. The European Union on Monday has welcomed the unilateral cessation of hostilities by the Sudanese government and called on the warring parties to move forward for peace in Sudan.

Ray called on the parties to respect their commitment, adding it would ease the suffering of civilians in the war affected areas and contribute to a conducive environment before a negotiated solution.

“The European Union expects both the Government of Sudan and the armed opposition to work together to translate their respective declarations into a negotiated ceasefire, which must allow for unfettered humanitarian access to all Sudanese citizens affected by the conflict,” she said.

“These measures ultimately need to include the region of Darfur”.

The statement encouraged the Sudanese parties to take this opportunity to find a viable solution to Sudan’s conflict within the framework of the ongoing efforts led African Union High-Level Implementation Panel (AUHIP).

The African Union, United Nations, United States have already welcomed the four-month cessation of hostilities and called on the opposition groups to sign a Roadmap Agreement brokered by the African Union for peace and democratic reforms in Sudan.

The Sudanese opposition groups say they want more confidence building measures than what is provided in the peace plan.

But the mediation and Khartoum government, which inked the framework text, say the opposition has to endorse the roadmap first as they can negotiate after.

The holdout groups are expected t meet the chief mediator to reaffirm their willingness for a negotiated deal but it is not clear if they will sign it.